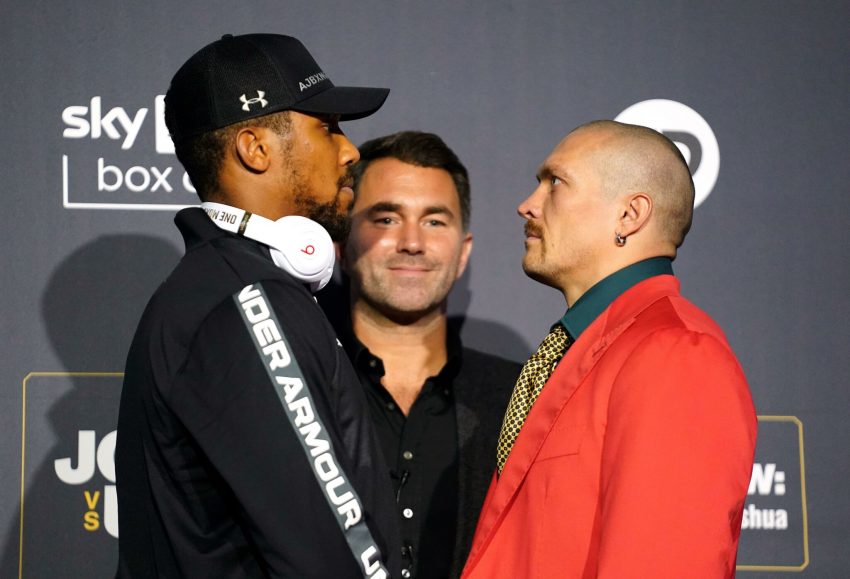 Anthony Joshua said he’s “the happiest and most motivated” he’s ever been after his heavyweight rematch with Oleksandr Usyk was finally confirmed to take place at the Jeddah Super Dome in Saudi Arabia on August 20th (Joshua 2/1, Usyk 2/5, draw 20/1).

Joshua lost his WBA, WBO and IBF heavyweight titles in a unanimous decision against the Ukrainian in their first fight last September at the Tottenham Hotspur Stadium.

A rematch was always on the cards and a date has finally been set for what is being billed as the ‘Rage on the Red Sea’, when Joshua will hope to respond to what was only his second professional defeat.

The Briton says he is in a good place ahead of the showdown and he’s determined to get back on track.

However, it will be tough again going up against the unbeaten Usyk, who has so far looked as impressive at heavyweight as he was when fighting as the undisputed cruiserweight champion.

Joshua said: “Fighting at championship level back-to-back has had its pros and cons, but I decide every day to get stronger, to learn from my experiences and grow.

“A happy fighter is a dangerous fighter and I am the happiest and most motivated I have been.”

Since his defeat last year, Joshua has brought in American trainer Robert Garcia to work with Angel Fernandez and he will now prepare to take on the 35-year-old Usyk, who confirmed in March he was planning to leave his war-torn home nation to prepare for the big rematch.

Whoever comes out on top in Saudi Arabia is expected to call for a huge future fight with WBC and The Ring heavyweight title-holder Tyson Fury, who is reportedly considering his options, despite claiming he was going to retire following his victory over Dillian Whyte in April.