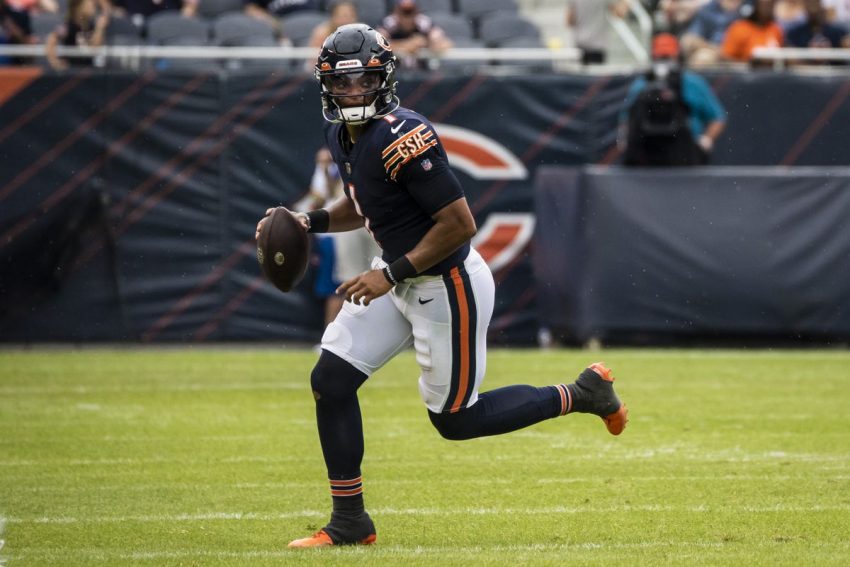 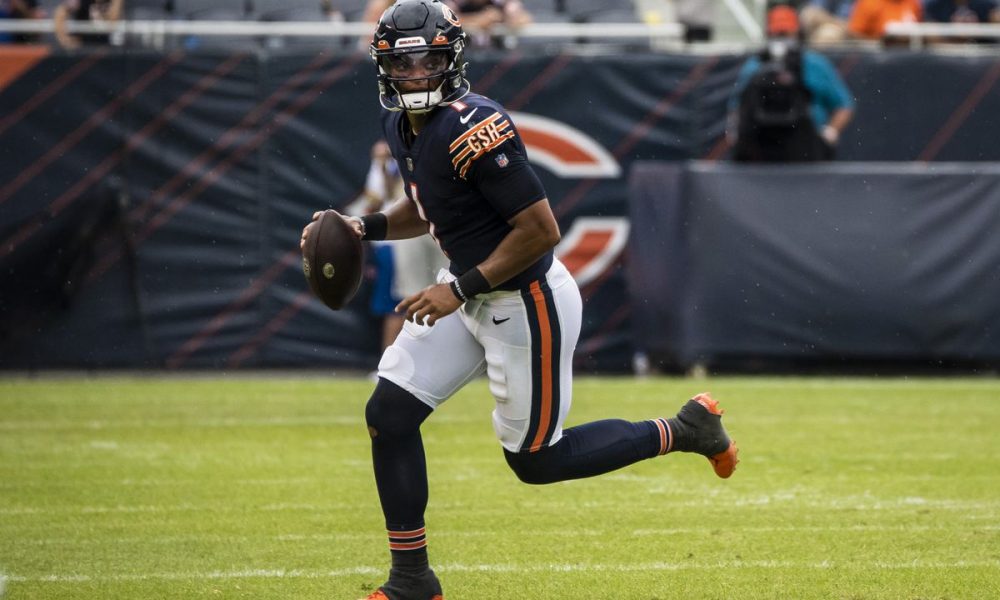 Chicago Bears quarterback Justin Fields says the roster doesn’t have to be sprinkled with stardust to be strong.

He would know, after failing to gel with star WR Allen Robinson last season. Alongside Justin Fields, Robinson had only 38 receptions for 410 yards and 1 touchdown last season.

Robinson, as well as Jakeem Grant and Marquise Goodwin, have now departed the Bears. The Chicago front office replaced them with Tajae Sharpe, Byron Pringle and Equanimeous St. Brown.

“How hard he works,” Fields said regarding Mooney. “He’s already talented; he’s fast and has great hands. On top of that, he works harder than anybody I know other than myself. A couple nights ago, we were in the facility until 12:30 a.m. going through plays and walking through plays for the next day at practice.”

“We don’t have an Odell [Beckham Jr.] or a Cooper Kupp on our team, but at the end of the day I think if everybody is on their P’s and Q’s, and we’re on top of everything and not making mistakes, the players we have right now are good enough,” Fields said.

“The front office thinks that, too. The fans outside of the facility, they don’t know what’s going on at practice. Just because we don’t have a big-name guy doesn’t mean those guys aren’t talented. I have plenty of confidence in myself and my teammates that we’re going to get the job done.”