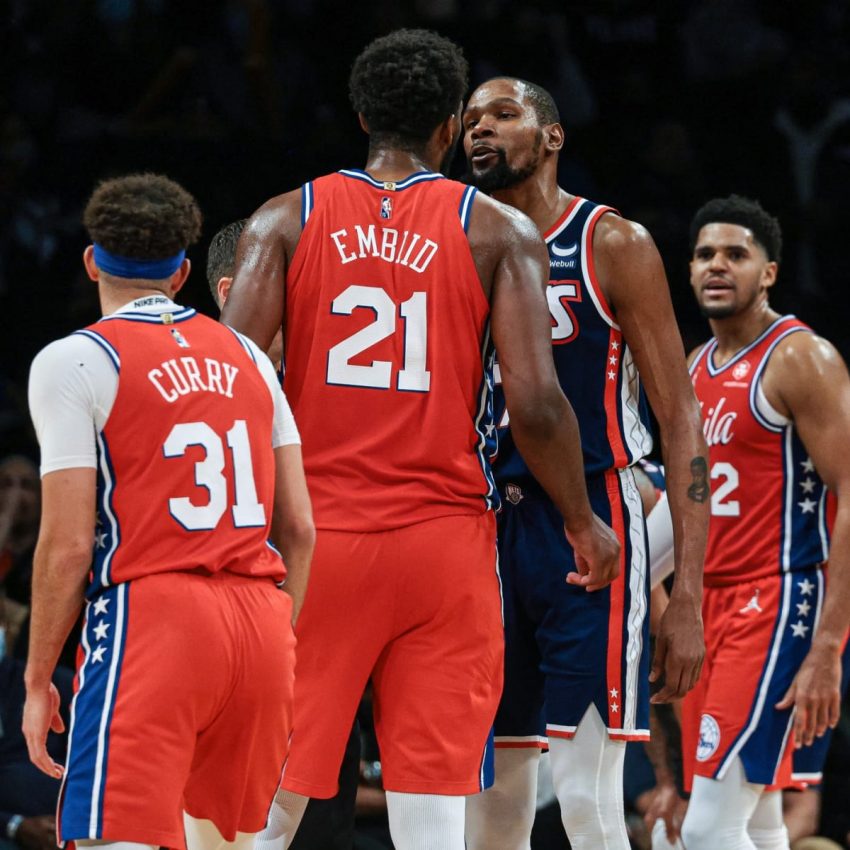 With the intense playoff atmosphere for Thursday’s game against the Philadelphia 76ers, the Brooklyn Nets stepped up to the plate with a blowout 129-100 win.

Leading up to the game, much of the focus centered on Ben Simmons’ presence as it marked the first time he was in the Wells Fargo Center since his trade to the Nets.

After the contest, star forward Kevin Durant voiced that the team stepped up to move the focus off Simmons.

“We look at Ben as our brother, so we knew that this was a hostile environment, and we knew that he didn’t have the opportunity to play,” Durant said via NBC Sports. So, we wanted to come out there and have them focus on the court more so than just always focusing on him. So, they focused on the court tonight, and it’s hard for you to chant at Ben Simmons when you’re losing by that much.”

The Nets controlled the game’s pace behind the steady play of Durant and Kyrie Irving. The star forward put up a triple-double type of performance with 25 points, 14 rebounds, and seven assists. Meanwhile, Irving poured in 22 points, and Seth Curry chipped in with 24 points behind five made 3-pointers.

Thursday’s contest could be a preview for a possible first-round playoff matchup. The Nets are currently in the eighth seed, sitting two games behind the Toronto Raptors for the seventh spot, and trail the Cleveland Cavaliers for the sixth position.

The 76ers are the third overall spot, only three games behind the Miami Heat for top overall seed.