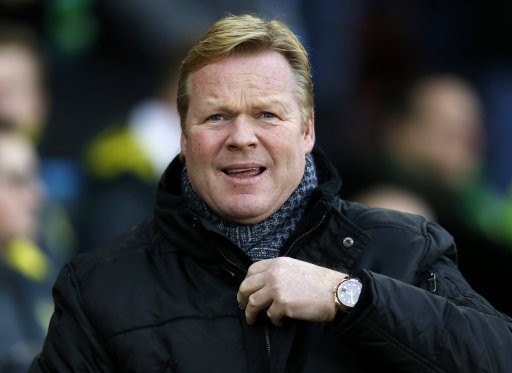 Ronald Koeman admits he is “very much looking forward to this new challenge” of coaching the Netherlands (14/1 Tournament Outright) after it was confirmed he will take over the side following the World Cup.

Incumbent Louis van Gaal announced earlier this week that he is battling illness, but it had always been expected he would step down after the tournament in Qatar when his contract expires.

Like Van Gaal, who is in charge for the third time, it won’t be Koeman’s first go at coaching the Oranje, as he did so between 2018 and 2020 before taking up the vacancy at Barcelona.

Frank de Boer came in, piloting the team to a last-16 exit at Euro 2020 before Van Gaal returned in September 2021 to oversee the final stages of qualifying for November’s tournament in Qatar.

‘King Louis’ and Koeman have famously clashed in the past, but their combined work with the national team has helped restore some pride in the Netherlands after the team fell into the doldrums following a third-place finish at the 2014 World Cup under Van Gaal.

“Proud to share that after the World Cup I will once again fulfil the role of national coach,” said Koeman.

“Very much looking forward to this new challenge, on to achieving new successes together.”

Koeman’s previous spell in charge of the Oranje coincided with their initial resurgence, winning 11 of his 20 games in charge and reaching the final of the inaugural Nations League. While after missing out on both Euro 2016 and World Cup 2018, the former captain also coached his team to Euro 2020 qualification.

However, after the tournament was delayed a year, he decided to accept the chance to return to former club Barcelona as manager, but he struggled at the Nou Camp, winning the Copa del Rey but falling short in both La Liga and the Champions League.

The 59-year-old was shown the Barca exit door last October but he will now take up the reins with the Netherlands again on January 1, 2023.

His return could act as extra motivation to the Oranje squad, with captain Virgil van Dijk previously admitting that they were “disappointed” to see him leave in the first place but “wholeheartedly” understood his decision.

The Netherlands have been drawn in Group A at the World Cup and will face hosts Qatar, Senegal and Ecuador, with them 2/5 to finish top of the pile.

They open their campaign on November 21 against Senegal, a game in which they are 8/11 to triumph, with the draw 11/4 and the African champions 4/1.