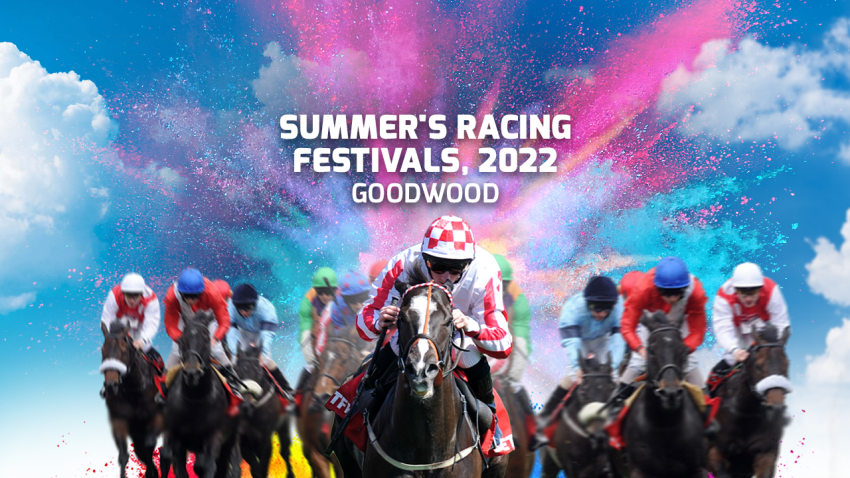 Ante-post favourite Kyprios fended off a late surge from four-time winner Stradivarius to win the Goodwood Cup in a thrilling first-day feature race at Glorious Goodwood.

John and Thady Gosden’s Stradivarius was aiming for a fifth win in the Group 1 race on Tuesday but had to settle instead for second.

Among a highly-competitive nine-horse field, Kyprios, ridden by Ryan Moore, was well-fancied following his brilliant Ascot Gold Cup win last month, while Trueshan, saddled by Hollie Doyle, was also tipped to be in the mix.

And it was those three who headed the pack in a breathless final few hurdles, with Kyprios managing to just about hold on to defeat Stradivarius by a neck.

“It was a steadily run race. He was in front a long way out and he just waiting,” said jockey Moore afterwards. “He’s a pleasure to ride, a lot of class. He’s a proper horse. I think there’s more to come.”

Prior to the main event, Sandrine won a thrilling Group 2 Lennox Stakes, edging out Kinross and Pogo, with favourite Sacred only fifth.

The three-year-old filly hadn’t won any of her last five races and was only seventh in the Coronation Cup at Royal Ascot but returned to form when winning by a neck.

The first race of the day was won by Forest Falcon with Frankie Dettori steering him home in the Chesterfield Cup Handicap, while Lord Riddiford won the Nicholson Gin Handicap.

Moore won his second race of the day aboard Crystal Caprice in the Fillies’ Handicap, Mischief Magic took the British Stallion Studs EBF Maiden Stakes and Adaay in Asia was the 22/1 victor in the final race, the World Pool EBF Fillies’ Handicap.

Tuesday’s feature race is the Qatar Sussex Stakes when the brilliant unbeaten Baaeed (1/6) lines up as the headline act.

William Haggas’ charge comes into the contest after triumphing in the Queen Anne Stakes at Royal Ascot last month and the Group 1 Al Shaqab Lockinge Stakes at Newbury in May.

Alcohol Free (10/1) may be Baaeed’s closest challenger after winning the July Cup at Newmarket a fortnight ago.