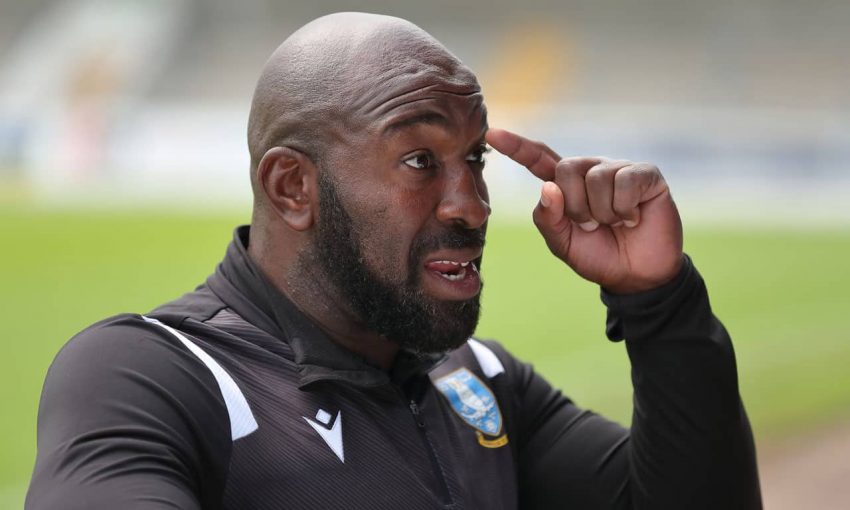 Wigan and Rotherham have already secured promotion from League One and now four teams are ready to battle it out to join them by winning the play-offs.

Two fallen giants are hoping to get back to the second tier as Sunderland face Sheffield Wednesday while MK Dons meet Wycombe in the other semi-final.

Here we assess the League One promotion odds and the chances of the quartet hoping to get to Wembley and then the Championship.

Darren Moore’s Owls ended the season in fine form with six wins and just one defeat in their last eight matches securing a play-off place and they are now favourites in the League One promotion odds at 15/8.

The goals have been flowing given they have netted at least four goals in a game in four different matches since the start of March. Lee Gregory has scored eight goals in his last eight appearances while strike partner Saido Berahino has been in decent form too.

Wednesday had mixed results against play-off opponents Sunderland, winning 3-0 at Hillsborough in November but losing 5-0 at the Stadium of Light in December.

They will at least have home advantage for the second leg and enjoyed the best home record in League One this season so they will fancy their chances if they return from Wearside still in the tie.

MK Dons missed out on automatic promotion on the last day of the regular season and must quickly get over that disappointment.

They began Saturday’s matches one point behind second-placed Millers and did their bit with a 5-0 thrashing of Plymouth but it was not enough.

Head coach Liam Manning said: “What’s important is that we don’t carry any emotions – that hangover you potentially get – into the play-offs. You don’t get too high or too low. We go again on Thursday.”

The Dons did the double over Wycombe during the regular season so that should at least give them confidence of winning their play-off semi-final and they are 9/4 to be promoted.

Sunderland’s players have plenty of reason to be full of confidence but their fans could be forgiven for fearing another play-off campaign.

The positive note is Sunderland’s form which has seen them secure a play-off place with a 13-match unbeaten run and they have only lost one game since Alex Neil took over from Lee Johnson as manager in February.

On the down side, the Black Cats have had no luck in the play-offs and have never been promoted in six previous attempts.

Perhaps their most famous failure was their penalty shoot-out defeat against Charlton in 1998 while their most recent was last season’s semi-final defeat by Lincoln.

Sunderland are 11/4 in the League One promotion odds to finally end their play-off pain at the seventh attempt.

It is just two years since Wycombe won the League One play-offs but they are the outsiders at 4/1 to do so this time.

The Chairboys sneaked into the top six on the final day when their 2-1 win against Burton allowed them to leapfrog Plymouth and now they are looking to repeat their success from two years ago but this time with fans in attendance.

Their 2-1 victory over Oxford at Wembley in 2020 was played behind closed doors due to the coronavirus pandemic so few could begrudge their fans a trip to the national stadium.

Wycombe’s record against fellow top-six teams this season is not great though, having only managed one win from 10 matches, but they ended the campaign with a 12-match unbeaten run.

View the latest League One odds