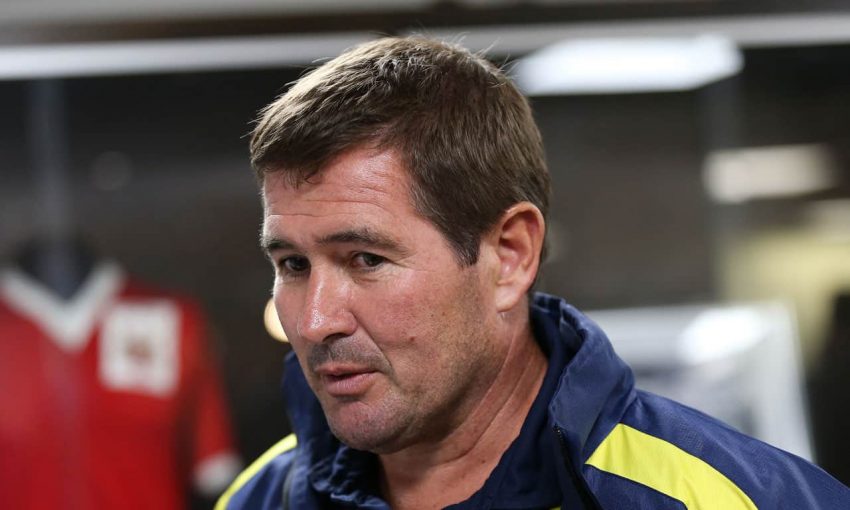 The new EFL season gets under way this weekend and we have studied the ante-post odds to pick out some League Two betting tips for the 2022/23 campaign.

Coral have plenty of outright markets ahead of Saturday’s opening round of matches and here are our League Two predictions for the season, while we have also picked out our best bets for the Championship and League One.

The main contenders in the League Two winner odds can be split into three main categories; the big spenders, the relegated quartet and the nearly men.

Stockport lead the way and invested heavily last season on their way to winning the National League but back-to-back titles is a tall order, while Bradford and Salford have never got close to making the most of their resources in recent seasons.

None of the clubs coming down from League One hold much appeal and instead we prefer the chances of Mansfield, who lost to Port Vale in last season’s play-off final.

Under Nigel Clough they made a poor start to the campaign but came good in the second half of the season and were only seven points behind champions Forest Green in the end.

Their settled squad looks even stronger this time around and they have a good shout at 10/1.

Northampton fall into the same category as Mansfield and were beaten by the Stags in the play-offs.

They could be forgiven for still feeling sorry for themselves at that point having only been denied automatic promotion by a 7-0 win for Bristol Rovers on the final day of the regular season.

The Cobblers had the best defence in the division and while some players have deservedly secured moves to a higher level, their replacements look decent.

The signing of Danny Hylton adds valuable experience up front and having gone so close last season, few could begrudge Northampton being promoted this time at 5/2.

The extra promotion place in this division means a top-seven finish is enough for at least a play-off place and five teams are evens or lower.

There is still value to be found for League Two betting tips though and Stevenage catch the eye at 4/1.

💬 Steve Evans gives an update ahead of the league restart this Saturday. 👇

They only finished 21st last season but were nine points clear of the bottom two after Steve Evans steered them to safety.

Evans may not be the most popular manager in the EFL but his record has to be respected. A busy summer in the transfer market has transformed the squad and it would be no surprise to see Boro challenging at the right end of the table this time.

Danny Hylton played a key role in Luton’s climb back up the EFL which almost resulted in promotion to the Premier League last season.

He left the Hatters in the summer and was snapped up by Northampton, who will hope he is the final piece in the jigsaw after last season’s heartbreak.

Hylton is back in the fourth tier for the first time since the 2017/18 season when he finished fourth in the goal chart with 21.

Now 33, if he can establish himself as a regular starter at Northampton he could easily produce a similar haul and he is 10/1 for the golden boot.

For each-way value in League Two betting tips, Carlisle duo Ryan Edmondson (66/1) and Omari Patrick (100/1) could be decent options if the Cumbrians can continue the improvement they showed after Paul Simpson took over in February.

There do not appear to be any basket-case clubs in League Two this season unlike in previous years when financial issues at the likes of Southend and Oldham made them easy selections in the relegation betting.

Barrow are the favourites for the drop but former Halifax boss Pete Wild was a useful operator in the National League and may be able to keep their heads above water.

Instead we prefer Rochdale to be relegated at 9/2, having finished 18th last season so performances would not need to get much worse for them to be in trouble.

Their squad looks weaker after their summer transfer dealings and a season of struggle looks likely.

Mansfield to win the league 10/1

Northampton to be promoted 5/2

Stevenage to finish in top seven 4/1

Danny Hylton to be top scorer 10/1

Ryan Edmondson to be top scorer 66/1

Rochdale to be relegated 9/2