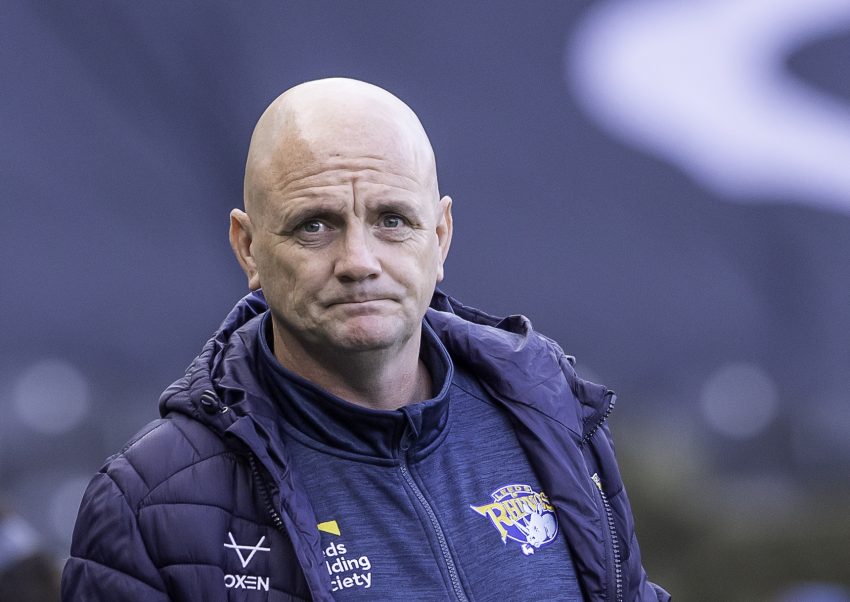 Leeds Rhinos boss Richard Agar says his side showed a lack of desire as they fell to a 31-8 defeat against Hull FC in the Betfred Super League on Thursday evening (Leeds 16/1 – To win Grand Final).

The Rhinos fell to a fourth defeat in their first five Super League games as they struggled to contain Hull FC’s, Jake Connor.

The Hull man scored two first-half tries at Headingley as Brett Hodgson’s side raced into an 18-0 lead at the break.

Tom Briscoe and Liam Sutcliffe managed to cross for late consolations, but the Black and Whites ran out 31-8 victors after a lacklustre display from Leeds.

Agar says he is starting to question some members of his squad, but he still believes they can turn it around this season.

He told BBC Sport: “I am really struggling to get my head around why there was such a lack of desire defensively to get the job done. It’s just not good enough for a club with the talent that we’ve got. I’ll take full responsibility for that; it’s up to me to make sure I can get the best out of them too.

“I need to get more and better out of these players, or I’ll be looking at whether I can get the best out them because I’m past the point in my life and my career where I’m going to flog a dead horse.

“So we’ll have to turn it around and prove that we’re committed to each other, or it’s going to be a long, tough season. But I think we can.”

Wakefield Trinity will hope to climb above Leeds when they face Toulouse in one of three fixtures on Friday (Wakefield 2/9, Draw 25/1, Toulouse 18/5).

Both Willie Poching’s side and the French outfit have failed to win this season, and it promises to be a close battle in west Yorkshire.

St Helens are one of just two teams to win all four of their games this season, although a win for Warrington would see them move level with Kristian Woolf’s side.

Wire coach Daryl Powell says his side need to be “outstanding” if they want to have any chance of picking up a result.

He told the Warrington Guardian: “We’ve got to be the very best version of us. We’ve got to get it right from a defensive and offensive perspective.

“There’s a confidence there, but we’ve got to show it over 80 minutes. They are really durable, and they will keep coming at us.”