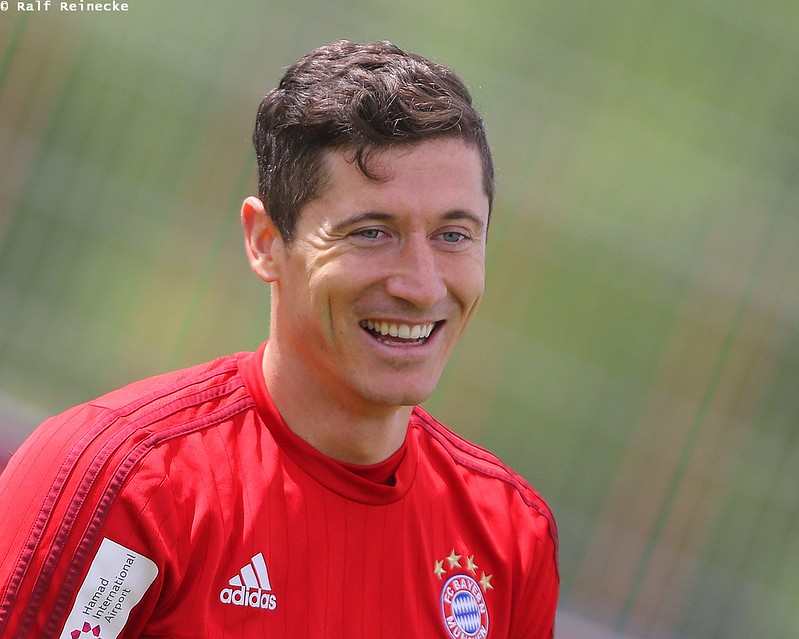 Robert Lewandowski has joined Barcelona (11/8 – La Liga Outright) in a £42.5million deal from Bayern Munich and the Polish superstar has promised he will do all he can to deliver bundles of goals and hopefully silverware for his new club.

With just one year left on his Bayern deal, Lewandowski informed the German champions at the end of last season that he wanted a new challenge and he has now made the switch to the La Liga giants, reportedly penning a three-year deal.

The 33-year-old has been prolific in Germany, scoring 344 goals for Bayern in 375 appearances in all competitions since joining them in 2014. His incredible goal-getting ability has seen him be crowned the top scorer in the Bundesliga for the past five seasons and he signed off at the Allianz Arena with 34 strikes in 35 league outings last season.

He has arguably been Bayern’s most important player during his successful time in Bavaria and helped them win eight Bundesliga titles and three German cups in his eight years there.

Transferring his form from the Bundesliga to La Liga shouldn’t be a problem for one of the best centre-forwards of his generation and he says he’s still hungry to achieve more in the game (Barcelona – 16/1 Champions League Outright) despite all the trophies he’s already lifted.

Lewandowski said: “Goals are always a high. I always want to win, not only the games but also the titles. We have so many players with amazing quality and we can achieve a lot this season.

Lewandowski is certain to line up down the middle for Barca, meaning former Arsenal striker Pierre Emerick-Aubameyang could to be moved out to a wide position in the new campaign unless boss Xavi ditches his preferred 4-3-3 formation and opts to play the former Borussia Dortmund team-mates together up front.

There is competition out wide with Ferran Torres, Ansu Fati and Memphis Depay other options for the Barca coach so there is some speculation Aubameyang and Lewandowski will be unleashed as a pair again, much like they were at Dortmund under Jurgen Klopp in the 2013-14 season when Lewandowski racked up 28 goals in all competitions and Aubameyang weighed in with 18.

Barca finished second in Spain last season, 13 points behind rivals Real Madrid, so they needed to do something to try and bridge that gap in the upcoming campaign. Signing one of the world’s best frontmen, who has scored 86 goals in the Champions League to further enhance his proven track record, is a big statement of intent.