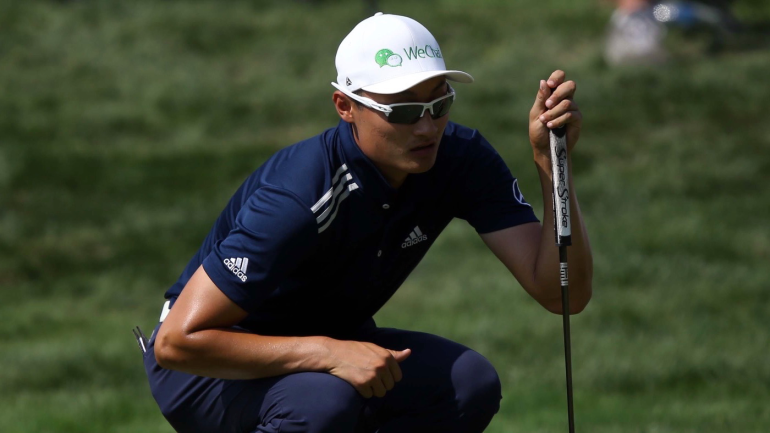 Li went into Sunday holding a three-stroke lead ahead of playing partner Thomas Pieters and made a dream start, birdieing three of his first five holes but his momentum stalled with four bogeys and just one gain in his next 10.

It was Ryan Fox, who lost a play-off at the recent Dutch Open, that made the early move amongst the chasing pack at Golfclub München Eichenried.

The Kiwi birdied the opening two holes and eagled the sixth but he failed to capitalise and he eventually had to settle for a 67, leaving him two strokes shy of a play-off.

That left the final group to dual it out, Li’s bridies on the 16th and 17th taking him to 22-under and Pieters matched that tally with a four on the last.

However, his Chinese opponent turned the tables to birdie the first play-off hole courtesy of a brilliant 50-footer. The Belgian then failed to convert from 10 feet to hand the disbelieving 26-year-old his second DP World Tour title and first in four years.

“I don’t have the words to describe right now,” he said after his victory. “Ten months ago I just literally decided to quit golf, and somehow where I am now, it’s just hard to describe.

“I had no idea I could win this play-off. Luckily things happened for me again.

“I already knew it was going to be super tough and I just kept telling myself ‘hang on in there’.

“It doesn’t matter, win or lose, I just want to play my best out there and luckily I did.”

Further down the leaderboard, home player Marcel Schneider mixed four birdies and an eagle on his way to a joint-round of the day 66, a score matched by France’s Frederic Lacroix, who bounced back from a bogey on the second to record a T10.

Next up on the DP World Tour is the Irish Open at Mount Juliet, while there is an added treat on July 4-5 with the JP McManus Pro-Am taking place at Adare Manor.