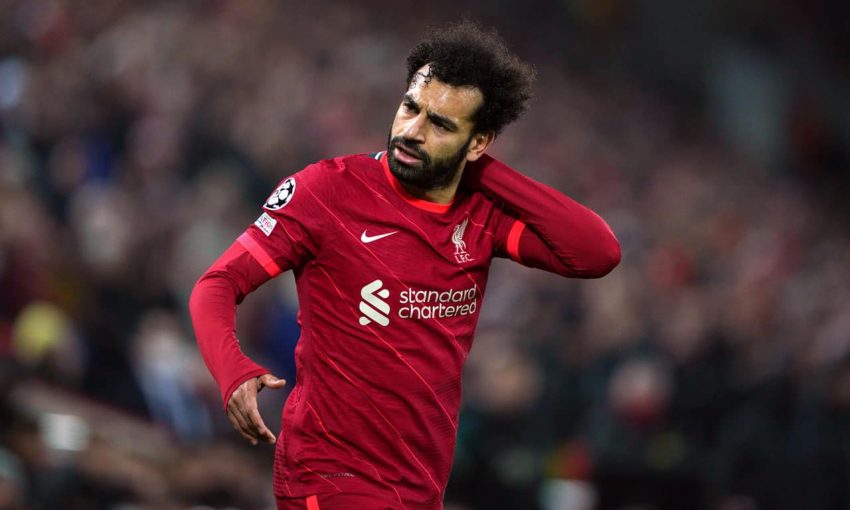 There is more than city rivalry at stake in the Merseyside derby this weekend as we study the odds to pick out some Liverpool v Everton betting tips.

Liverpool remain a point behind title rivals Manchester City after both teams won in midweek while Everton are still scrapping for Premier League survival.

Sunday’s match takes place at Anfield with a 4.30pm kick-off and is live on Sky Sports.

Liverpool’s run-in may have looked tricky with back-to-back games against their big rivals Manchester United and Everton in the same week but they brushed aside United with ease and are expected to do the same to their neighbours.

The Reds are just 1/5 to follow up their 4-0 victory over United with another three points on Sunday as they look to keep the heat on City in a title race which looks set to go to the wire.

The manner in which they beat United in midweek does not bode well for Everton’s hopes of being competitive in the derby, especially having lost 4-1 when the teams met at Goodison Park in December.

Team goal of the season? 🤯

Liverpool put together 25 passes, with every player apart from Virgil van Dijk touching the ball in the build up to Mo Salah’s goal… pic.twitter.com/wUoYk37pX4

Against United, Mohamed Salah’s first two goals since February 19 were supplemented by strikes from Luis Diaz and Sadio Mane while United were limited to just one shot on target.

In terms of Liverpool v Everton betting tips, choosing the margin of victory may be a better way of backing the Reds at bigger odds.

Liverpool to win by three goals or more is 11/8 and would have paid out in 11 of their 23 league wins this season.

Premier League away days do not come any shorter than this but it would still be a surprise if Everton can improve their dismal record on their travels when they cross Stanley Park.

The Toffees have the worst away record in the top flight this season with just one win and three draws from 15 matches, while only Leeds and Norwich have conceded more goals.

Their biggest defeat of the campaign came just last month with a 5-0 thrashing at Tottenham while their trip to Liverpool’s title rivals City earlier in the season ended in a 3-0 loss.

🗣 | “We were slightly off it in the first half and we needed a reaction. That takes character and fight – and the players showed that.”

They have at least managed 1-1 draws at Chelsea and Manchester United but they have lost six away games in a row heading into the Merseyside derby and are 4/1 to stop the rot here.

An Everton win is priced at 16/1 while Frank Lampard’s men are 6/1 to earn their second draw of the week after Richarlison’s injury-time equaliser rescued a 1-1 draw at home to Leicester on Wednesday.

Fans and punters alike should make sure they are in position well ahead of kick-off as this fixture often provides early fireworks.

Liverpool took just nine minutes to take the lead through Jordan Henderson in the reverse fixture and Salah doubled their advantage 10 minutes later.

Everton raced out of the blocks even quicker in the previous meeting in February last year, with Richarlison giving them a third-minute lead on the way to a 2-0 win at Anfield.

Mane also opened the scoring after three minutes in October 2020 while Divock Origi struck after six minutes in December 2019, with a goalless draw sandwiched in between.

Four of the last five league meetings, therefore, have had a goal inside the first 10 minutes and Liverpool are 4/1 to score in this period on Sunday.

The Reds to be leading after 15 minutes is another option for Liverpool v Everton betting tips at 27/10 while both teams to score in the first half has paid out in three of the last five league encounters and is priced at 21/5.

Liverpool’s firepower is well known but it was in midfield where they dominated against United in midweek as Thiago Alcantara delivered a masterclass.

The Spain international, who also played a starring role in the first half of the FA Cup semi-final win over Manchester City, had the run of Anfield and used it to devastating effect.

The 31-year-old had 129 touches, completed 105 passes at an accuracy rate of 96 per cent (100 per cent for long-ball accuracy), created three chances, won seven out of nine duels, regained possession four times and made two interceptions. It could be a long afternoon for Everton if the likes of Fabian Delph and Allan are as passive as United’s midfielders were, but in Anthony Gordon they may have the youthful energy needed to give Thiago less time on the ball.

Richarlison seems Everton’s best hope of an unlikely hero after three goals in his last three games and is 12/1 to open the scoring, while Salah is 3/1 for a second brace of the week.

Looking at the #YourCall options for Liverpool v Everton betting tips, the Reds to win and Salah to have at least two shots on target is 8/11.

The Egyptian is 2/1 to be on target along with Diogo Jota in a Liverpool win, while 7/1 is available for both Delph and Mason Holgate to be shown a card.