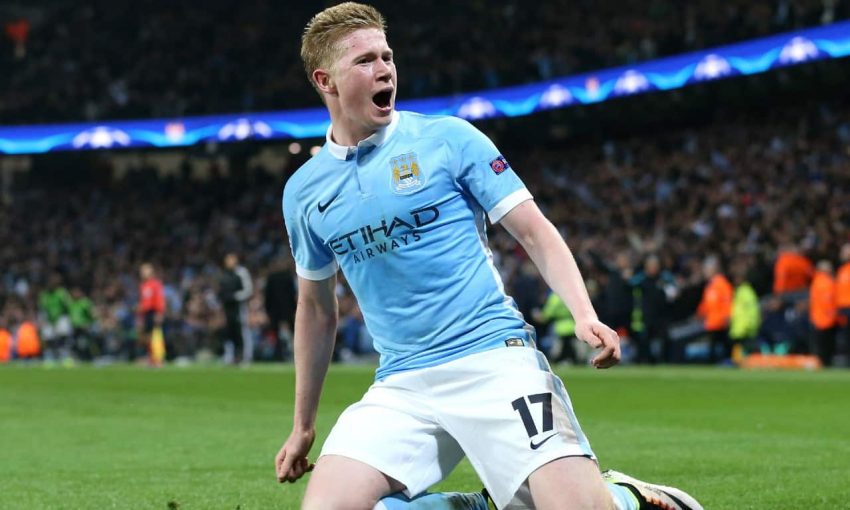 Preview and odds for the Champions League quarter-final

Last year’s beaten finalists are the favourites in our Champions League winner odds and they continue their quest for the holy grail of a first European crown as we pick out some Manchester City v Atletico Madrid betting tips.

Pep Guardiola’s side made light work of Sporting Lisbon in the last 16, while Atletico will be looking for their second Manchester scalp of the knockout stages having disposed of City’s cross-city rivals United thanks to a 1-0 win at Old Trafford in the second leg.

City are the heavy 2/5 favourites to win on home soil, while Diego Simeone’s two-time Champions League finalists can be backed at 15/2 to record another victory in the north west.

The quarter-final tie at the Etihad Stadium kicks off at 8pm on April 6th and is live on BT Sport.

Manchester City looked set to end their long wait for a Champions League trophy when they entered last year’s final as favourites, but a 1-0 loss to Premier League rivals Chelsea sees them still searching for that elusive piece of silverware.

Guardiola is desperate to get his hands on the famous prize for a third time as a manager and his side have been ruthless in European competition this year. They topped Group A which also included PSG before Christmas and had their knockout game with Lisbon won in the first 45 minutes with a destructive first-half display in the Portuguese capital.

The level of opposition ramps up a little now, but they will fancy their chances of having too much firepower for Simeone’s wily side.

It has not been unusual to see City pepper the goalmouth this season and we go 17/10 for over 3.5 goals in the match, although it is their defence that are the unsung heroes and you can get 5/4 for them to win to nil and evens for simply keeping a clean sheet in Manchester City v Atletico Madrid betting tips. This will be the third English club that La Liga champions Atletico will face in the Champions League this season, having met Liverpool twice in the group stage and Manchester United in the last 16.

Although 12 points adrift of cross-city rivals Real Madrid in the Spanish top flight this term, they have hit a good bit of form of late and are a side that can never be underestimated.

With Antoine Griezmann and Luis Suarez providing plenty of experience up top to support the youthful talent of Portuguese starlet Joao Felix, there is plenty of attacking pedigree in their ranks that can trouble any side in the competition.

Looking at the odds, the best option in Manchester City v Atletico Madrid betting tips could be to back Atletico to win either half at 29/10, while if they are to record a second win in Manchester for 2022, they may have to come from behind to do so, and that is a massive 40/1. Remarkably this will be the first meeting between these two sides, so instead of analysing the head-to-head record, it may be best to look at some recent trends.

A pair of 0-0 scorelines for the hosts was sandwiched by two 4-1 victories and if City get on a roll the same scoreline can be backed at 20/1, while City themselves to cross the 2.5 goals line is 6/4.

Atletico have pinched 1-0 victories the last twice and a repeat is priced up at 20/1. That brings a win to nil into the equation for the visitors and that is priced up at 14/1 in Manchester City v Atletico Madrid betting tips.