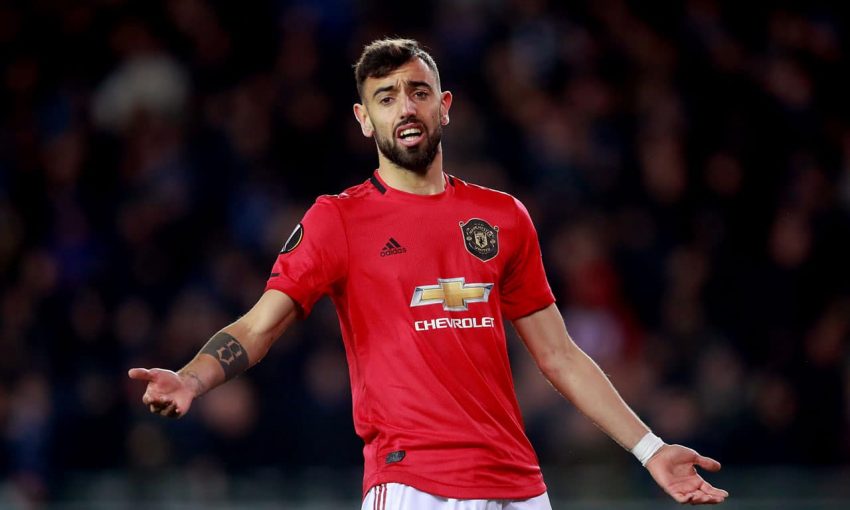 The Premier League is back from its latest intermission and we have Manchester United v Leicester betting tips as the Red Devils continue their quest for a place in the top four.

The international break will have come at the right time for Ralf Rangnick’s side following some mixed results in the Premier League and being eliminated from the Champions League at the hands of Atletico Madrid.

Leicester meanwhile are still trying to salvage something positive from a testing campaign. Brendan Rodgers will be keen to see his Foxes back on the pitch and they will be hoping to gain some momentum to take into their Europa Conference League quarter-final with PSV.

United are listed as the 8/15 favourites, with the visitors perhaps real good value at 11/2. A share of the spoils is 17/5 in Manchester United v Leicester betting tips.

Saturday’s game at Old Trafford kicks off at 5.30pm and is live on Sky Sports.

There has been little to cheer for the red side of Manchester of late with just one win in their last five outings in all competitions.

The 1-0 loss to Atletico in the last 16 of the Champions League was the icing on a very bitter tasting cake for Rangnick’s side and with plenty of chatter surrounding the next permanent manager at Old Trafford, there is plenty of discontent in the air.

Fourth place is still a possibility and they will be desperate not to lose any more ground on their rivals in the battle for the final Champions League spot. Currently three points behind fourth-placed Arsenal, who also have a game in hand, United can’t afford to drop too many points in the final quarter of the season.

United have hit the first goal of the game in four of their last five home Premier League fixtures and they could strike first on Saturday evening. The hosts are 4/9 to find the scoresheet first and 10/11 to do so in the first 45 in Manchester United v Leicester betting tips.

Cristiano Ronaldo is 11/4 favourite to score the first goal of the game, but the value may lie with Bruno Fernandes following his double to send Portugal through to the World Cup finals in midweek. The midfielder is 6/4 to get on the scoresheet at any time and 9/2 to break the deadlock.

As a #Yourcall option you can get Ronaldo to score any time and also have seven or more shots at 18/5, while it is 21/20 for the Portuguese talisman to have two or more shots on target in a United victory.

Leicester have really struggled to sustain a prolonged period of form this season and have dropped too many crucial points at key moments of the season. That has meant they have found themselves languishing in mid-table for the majority of the campaign, rather than contesting the European places which has been common place over the past few seasons.

Injuries to key personnel hasn’t helped the Foxes’ cause this term, while the distraction of European competition has also played its part in hindering Leicester’s progress up the Premier League table.

Qualification for European competition next season via a league finishing position looks out of the question, so it seems obvious that Rodgers will be putting all his eggs in the Europa Conference League basket from now on, despite speaking of the competition with real disdain earlier in the year.

The Foxes head to Old Trafford with a stacked injury list and having made a brief comeback, star striker Jamie Vardy is on the sidelines once again. He is joined in the stands by Marc Albrighton and Ryan Bertrand amongst others and Rodgers is going to have to shuffle the pack once again in Manchester.

In Vardy’s absence, James Maddison might have to step up to the plate for Leicester and he is 10/3 to get on the scoresheet. The Englishman has been in top form of late and he can be backed at 19/4 to also provide an assist in Manchester United v Leicester betting tips. Contests between these two have seen plenty of goals in recent years and there was a six-goal thriller at the King Power in October with the Foxes coming out on top 4-2.

Therefore, it seems wise to side with both teams to score at 4/6, while the Foxes to pinch a game with both sides finding the scoresheet is 8/1 in Manchester United v Leicester betting tips.

Another six-goal game can be found at 7/1, while there have been at least four goals in three of the last four head-to-head clashes and four or more goals is 7/5 this time around.

Two of the last three between these two at Old Trafford have finished 2-1, with Leicester claiming the spoils most recently. It is 16/1 for the Foxes to triumph by that scoreline, while the hosts can be backed at 7/1 to achieve the same.

There have been two first-half goals in the last four games between these two and you can get 29/20 for over 1.5 in the first 45, with both teams to score in the first half 16/5 as the last of our Manchester United v Leicester betting tips.