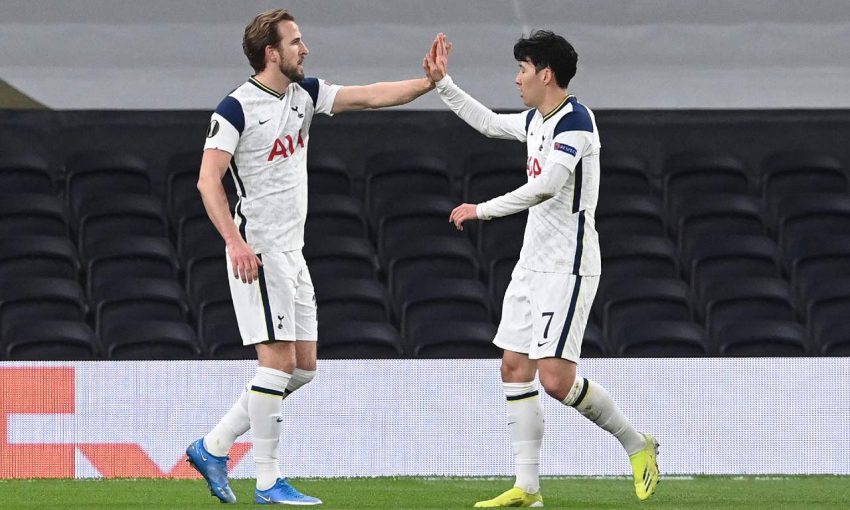 The era of discontent rumbles on at Old Trafford following a humiliating display in the Manchester derby last weekend and we have had a good look through the odds to pick out some Manchester United v Tottenham betting tips as the Red Devils look to bounce back at home to Spurs.

United have now dropped out of the top four and with Arsenal having three games in hand, a Champions League spot is now looking just a slim possibility.

There are just two points separating themselves and Spurs, who are 12/5 for the victory here. But it is the hosts that are shading favouritism at 11/10, with a share of the spoils chalked up at 13/5.

Saturday’s game at Old Trafford kicks off at 5.30pm and is live on Sky Sports.

Things were beginning to look up for Ralf Rangnick’s United, but the ripples of optimism were quickly flattened following the 4-1 defeat to their cross-city rivals.

The drama began when Cristiano Ronaldo was missing from the matchday squad, which was rumoured to unsettle those selected, and things got worse once the game kicked off with the Red Devils going one down within the first five minutes.

Although they got back on level terms thanks to a fine Jaden Sancho effort on 22 minutes, it wasn’t long until they were on the back foot once again and their performance has been rightly slated by the wider footballing media in the aftermath.

It looks far from the ideal time for them to be taking on a side they are fighting with for a Champions League spot and this result could have huge ramifications for the make-up of the European places at the end of the season.

They are 13/5 to bounce back in a game that sees both teams scoring, while it was 1-0 the last time they lost at home and that scoreline in favour of the visitors is 11/1.

Looking at players who could shine for United, it could be worth chancing Sancho to find the net once again at 3/1. He has scored three goals since the turn of the year and is one player who has improved for Rangnick’s arrival in Manchester.

If Cristiano Ronaldo has shaken off a hip injury he could return to the line-up and is favourite to open the scoring at 4/1. But with a crunch Champions League tie on the horizon he may not feature and it may be a better option to back Marcus Rashford to score anytime, United to win and both teams to score at 5/1.

Killer Kane on the charge

Despite being accused of being ‘Spursy’ at several points during this season, there has been plenty for the Tottenham faithful to cheer in recent weeks having won three of their last four Premier League games.

Midweek blunders to both Burnley and Middlesbrough aside, they have beaten Manchester City, Everton and Leeds within the past three weeks, scoring 12 goals in the process.

That has given Antonio Conte’s side an outside chance of making the top four and they are three points off fourth at present, but do have a couple of games in hand to take advantage of when the calendar allows.

Having looked leaky in defence in the early parts of 2022, Conte will be delighted that his side have kept three consecutive clean sheets and it is 15/4 for them to keep things tight once again, while they have won their last two top-flight games to nil and that is 6/1 in Manchester United v Tottenham betting tips.

Following a slow start to the season, Harry Kane appears to have found his range in front of goal and five goals in his last four Premier League games has taken him to double figures for the season.

The England skipper is 9/2 to break the deadlock and 17/10 to score at anytime in Manchester United v Tottenham betting tips, while he has hit a brace twice in two of his last five games and is 10/1 to be at the double once again.

Manchester United have won their last two matches against Spurs, but it looks ominous that the last time the north Londoners visited Old Trafford they destroyed the Red Devils 6-1. A repeat of that scoreline is unlikely, but with Spurs finding the net with regularity of late it may be worth siding with the Lilywhites to score two or more at 8/5.

Both teams to score has landed in four of the last five games between these two, including the last two at Old Trafford, and that is 4/7 in Manchester United v Tottenham betting tips, while three of those games featured at least three goals and BTTS combined with over 2.5 is evens.

Manchester United have scored three in their last two games against Spurs and it is 14/5 for the hosts to hit over 2.5 in this Saturday evening fixture. Three of Tottenham’s last four Premier League games have seen the ball find the back of the net at least four times and there could be plenty of action once again in this one. Over 3.5 is 17/10 in Manchester United v Tottenham betting tips, while the visitors are 4/1 to win a game with more than two goals.