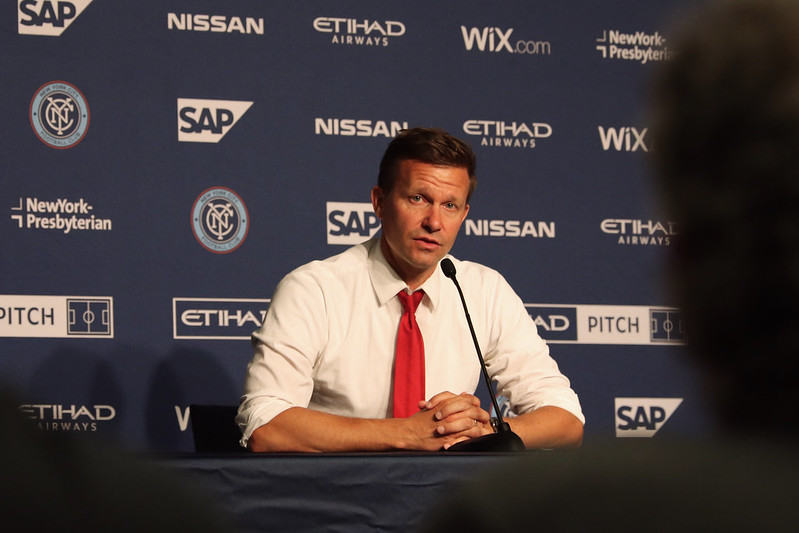 The Whites (13/8 To Be Relegated) have been without Bamford since the starting of December when he injured his hamstring while celebrating a goal during the 2-2 draw against Brentford.

Bamford had spent time on the sidelines beforehand due to an ankle injury and has only managed to make six appearances all season for Leeds.

Club captain Liam Cooper was also injured against the Bees, as was Kalvin Phillips, and while the game will come too soon for the defensive pair, Marsch insists there is light at the end of the tunnel on the injury front.

He told reporters on Wednesday: “Patrick will play for sure tomorrow. He won’t start, but he’ll be ready from the bench.

“The physical team told me what his loading has been over the past months; he hasn’t trained hard often and hasn’t played much. That’s the reason I was hesitant against Leicester.

“He’s a positive guy; the effect he’ll have on the group will be massive.

“Liam was in training yesterday. Kalvin is a few days behind. In my mind, I’m earmarking the international break to get him back into regular training.”

Tyler Roberts will also miss out for Leeds, but Diego Llorente and Adam Forshaw should be fit to start at Elland Road.

Villa (10/11 Top Half Finish) boss Steven Gerrard will hope to have Carney Chukwuemeka available, but Marvelous Nakamba is still a few weeks away from returning.

After missing the win over Southampton, Lucas Digne and Ezri Konsa should return, as Villa look to record their third straight victory in the Premier League.