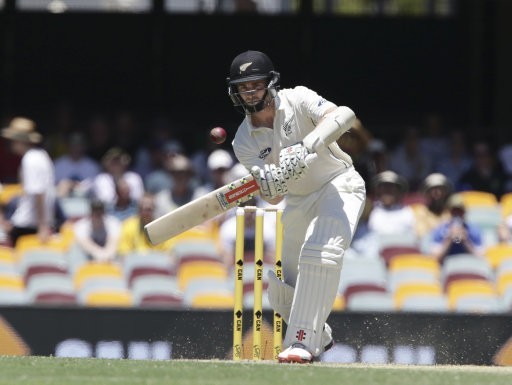 England had began the second day on 116-7 and hoping to build some kind of lead over the visitors but Tim Southee, who finished with figures of 4-55, struck twice to quickly remove Ben Foakes and Stuart Broad, before Trent Boult finished things off with the wicket of Matt Parkinson as England were all out for 141 to hold a slender advantage of just nine runs.

With 17 wickets having fallen on day one, it seemed as though the first Test was on its way to an early finish and that prospect was heightened by New Zealand making a poor start to their second innings.

Will Young was dismissed for just one while opener Tom Latham and Black Caps skipper Williamson went for just 14 and 15 respectively, both falling to impressive debutant seamer Matty Potts.

After Devon Conway was caught behind off the bowling of Broad for 13, Blundell joined Mitchell (10/11 to score over 121.5 runs) with the visitors staring down the barrel at 56-4, leading by just 47 runs.

However, the pair steadied the ship before eventually taking the game to England, and they have batted New Zealand into a very healthy position going into day three.

Mitchell ended the day with an off drive to the boundary to finish unbeaten on 97 while Blundell (10/11 to score over 112.5 runs) is also closing in on a century having reached 90.

England attempted to mix up the bowling attack by introducing spinner Parkinson – an in-game replacement for Jack Leach who suffered a concussion on day one – but it was to no avail as Ben Stokes’ side struggled to make a breakthrough after their early promise.

The new ball will be available early on day three and could be key to England’s chances on Saturday as the first Test is in danger of running away from them with the familiar prospect of defeat on the cards.

Not many would have predicted New Zealand to be in this imposing position following a disastrous first innings, rescued in part by Colin de Grandhomme’s 42 not out.

The first two days of action will no doubt have given Stokes plenty of food for thought and he already faces a first proper examination as England’s new skipper.