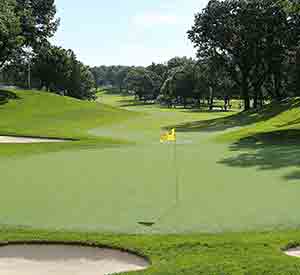 Collin Morikawa says last week’s Masters “took a lot out of me” but insists he is “fully ready” to tee it up at the RBC Heritage Open, which he is the 12/1 joint-favourite alongside Justin Thomas to win.

Quite often in the week after a major championship, several of the world’s leading players decide to take a mini-break from competitive action and recharge the batteries, but that is not so much the case for the Harbour Town Golf Links event.

Cameron Smith was tied-third at Augusta National – a costly triple-bogey at the par-three 12th hole ending his hopes of a first Green Jacket – but he has decided to make the trip to South Carolina and will play alongside Joaquin Niemann and Sungjae Im on Thursday and Friday.

The stellar field will get started on Thursday and Morikawa, grouped with defending champion Stewart Cink (90/1) and Webb Simpson (35/1) over the first two days, says he is ready to go despite a gruelling time at Augusta.

He said, as quoted by planetsport.com: “Look, after a Major you’re always drained. When you win you’re drained even more. And to follow it up the next week it takes a lot out of you, right?

“Last week took a lot out of me but I’m fully ready to come out here because I want to get back in the winner’s circle.

“This is a course I love the past couple years I’ve come out to play and I think it fits my game so hopefully we can put together four really solid rounds and be there on Sunday.”

Of the other leading players ahead of round one, Patrick Cantlay is priced at 16/1 to claim the spoils, while Jordan Spieth is a 35/1 chance and Englishman Tyrrell Hatton is also the same price as the American to lift the trophy.

Morikawa could also be worth a punt in the first-round leader market, which he can be backed at 28/1. Of the three times the reigning Open champion has played a tournament the week after a major, he has started with rounds of 69, 65 and 66.