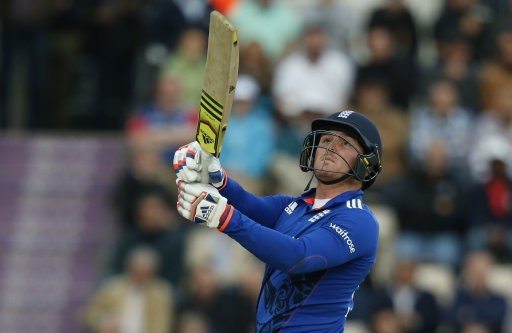 England head coach Matthew Mott says his side’s Twenty20 series defeat to South Africa is a “line in the sand moment for the team” as they try to regroup before the upcoming World Cup, which gets underway on October 16 (England 3/1, South Africa 10/1 – Outright).

Another disappointing display with the bat cost England dear in the final T20 of the summer on Sunday, with South Africa winning by 90 runs at the Ageas Bowl to secure a 2-1 series success.

England were set a target of 192 to win, but never got going and went 55 balls without hitting a boundary at one point during their innings. They were eventually dismissed for 101 in 16.4 overs, and it was the fourth time in six T20s this summer that they had been bowled out.

Mott hopes their latest disappointment is a breakthrough moment for the group, admitting his side need to do better going forward.

He told Sky Sports: “We were down on confidence with bat and ball.

“It was disappointing. I thought we put ourselves in a good position to win the series, and we’ll have take a lot out of that game.

“I’ve just spoken to Jos very briefly, and this is a line in the sand moment for the team.”

Former Australia women’s coach Mott has only been at the helm since May, but he and Buttler have work to do if they are to challenge for the T20 crown this winter.

England’s white-ball batting has been below par all summer, and they now have only 10 matches until the T20 World Cup starts in Australia (10/3 Outright).

Sunday’s defeat means England have failed to win a white-ball series in a home summer for the first time since 2013, and things need to change if Mott’s team are to be going to be able to challenge for the title Down Under.

While Twenty20 cricket can throw up some random results, England need to sort out their batting lineup, with Jason Roy (pictured), in particular, a man under pressure after a dismal summer.

Under Eoin Morgan, England played entertaining and aggressive cricket, but Buttler has struggled to get the same spark from the group. While Roy has struggled more than anyone, neither Liam Livingstone nor Buttler managed 100 runs across the summer.

Moeen Ali, Jonny Bairstow and Dawid Malan are the only players to have hit half centuries, and the upcoming Hundred tournament could give some players a much-needed confidence boost.

While England’s batters have failed to live up to expectations, their bowling attack has also been a cause for concern. There has often been enormous targets to try and chase, with their new-ball approach failing to work as well as struggling to contain the opposition from scoring at the death. England’s spinners have also conceded 11.5 runs per over across their six games.

Injuries have no doubt played their part, with Jofra Archer, Chris Woakes, Mark Wood, Olly Stone, Saqib Mahmood and Tom Curran all unavailable for one reason or another, and England have plenty of questions to answer if they want to be successful Down Under.