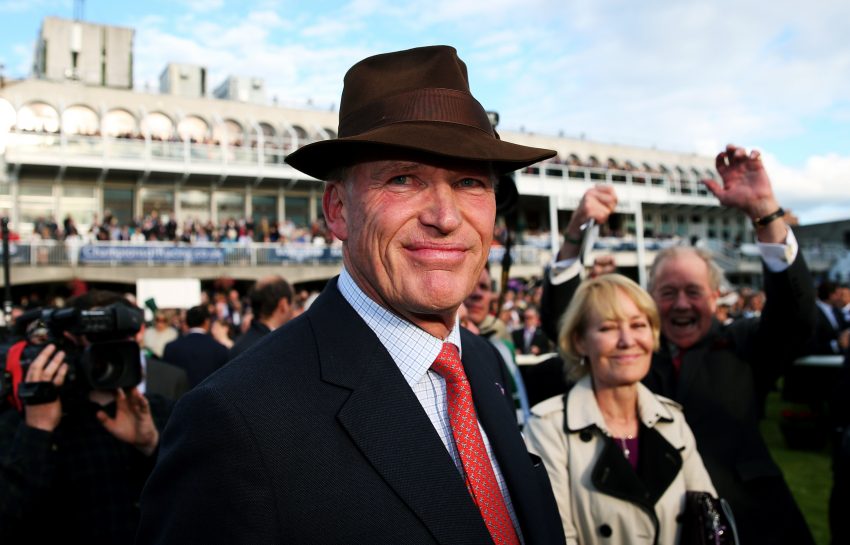 Trainer John Gosden claimed his fifth victory in the Group One Qatar Nassau Stakes on day three of Glorious Goodwood with Nashwa, ridden by Hollie Doyle, powering down the home straight to win by a length-and-a-quarter.

Nashwa and Doyle arrived at Goodwood on the back of their success in the French Oaks at Chantilly and the duo combined again to claim the spoils in West Sussex, pulling wide before charging through and crossing the finishing line first.

It was a versatile performance from the pair, who changed from the aggressive racing in France to sit back in the early exchanges at Goodwood before turning on the power in the home straight.

Speaking on ITV after the victory, Gosden said of Nashwa: “She’s versatile. It looked a touch more hard work than it was. She’s a talented filly and we’ll probably stay with the fillies, the Prix de l’Opera, I don’t think we want to rush off and take on the colts, maybe next year.

“She’s a grand filly and she’s developing all the time. She’s changed a lot this year. She’s got the frame to improve again in the autumn and again next year.”

The opener on day three went the way of the Charlie Appleby-trained Warren Point, who edged out Blue Trail by a neck, while the Jim Crowley-ridden Royal Scotsman landed the Richmond Stakes.

Appleby claimed a second success of the day in the John Pearce Racing Gordon Stakes with New London, while Doyle followed up her win with Nashwa by triumphing in the Jaeger-Lecoultre Nursery aboard Prairie Falcon.

In the penultimate race on Thursday – the World Pool Handicap – Get Ahead produced a great turn of foot to win by two lengths from Silky Wilkie, while the Tatler EBF Maiden Fillies’ Stakes went the way of Sparkling Beauty.

Friday marks the penultimate day of racing at Glorious Goodwood and the seven-race card is headlined by the Group Two King George Qatar Stakes, for which 11 runners will be battling it out for glory over 5f.

The feature promises to be a fascinating contest, with just 5lb separating 10 of the 11 runners, so it’s a good job this is Betfred’s Super Extra Place Race, with four places offered instead of three for each-way bets at a fifth of the odds.