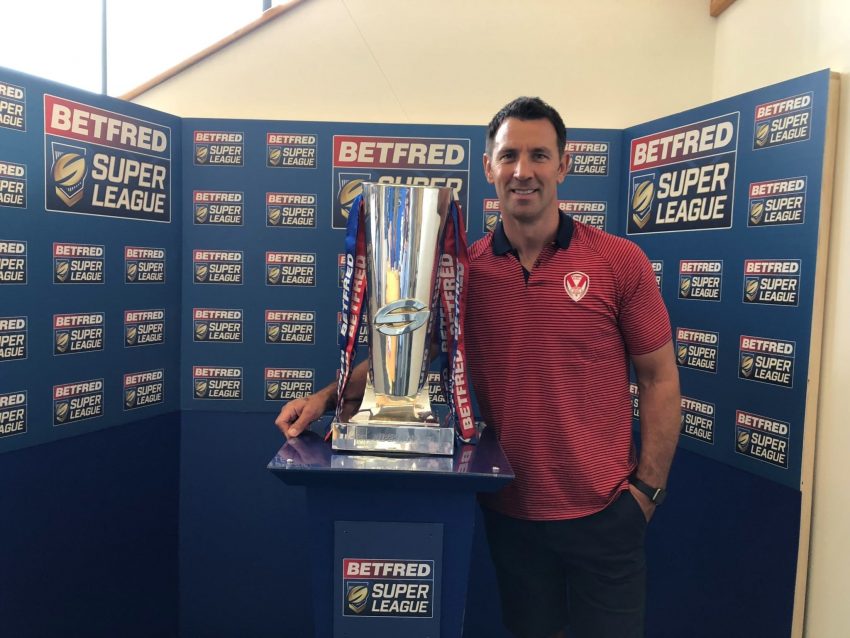 Nothing surprises you in Betfred Super League, that’s for sure!

A week after destroying one of the form teams in the division – Huddersfield Giants by 25-0 – the champions found themselves taking a 10-0 deficit into the sheds at half-time against bottom-club Wakefield Trinity.

It’s never an easy place to go, Belle Vue – a ground we’ve tended to struggle at in the past. However, true to form… never ever write off the Saints!

Following tries by Regan Grace and the irrepressible Jon Bennison, both followed by outstanding touchline conversions by Jonny Lomax, we went to Golden Point.

Both sides had a crack at drop goals with no avail, but then on the next Saints attack the ball was fed back to Jonny Lomax, who despite fumbling had the nous to re-gather and feed the supporting Jack Welsby who coolly slotted it home.

It was certainly a game of two halves, with Wakefield fully deserving of their half-time lead, especially with Saints’ lack of respect for the ball.

However, we aren’t back-to-back champs and well clear at the top of the Betfred Super League for no reason. One thing you can never question is the desire, effort and work ethic of Kristian Woolf’s squad.

I’ve said it many times – when Saints are in town, opposing teams raise their game no matter their current form has been. Wakefield are proof of this after losing their previous five games. I always saw it as a sign of respect, knowing they had to perform to compete. Respect to Wakey for their performance!

Also, I must give a special mention to Curtis Sironen, who I think has been very impressive of late and was outstanding again on Sunday with his no-nonsense approach.

He has certainly been challenged this year with the strict laws put in place in 2022 and missed a number of games following the match review panel assessments of his actions, but I love the way he plays and would never want him to lose that aggressive, direct and competitive style… just maybe for him to be smarter in controlling it at times. The Saints are certainly a more threatening pack with him on the field.

With Wigan’s surprise hiding at mid-placed Leeds, Saints now sit six points clear at the summit of the Betfred Super League with just eight games of the regular season to go.

Saints’ next game certainly won’t be any easier as they travel to the AJ Bell stadium to face the rejuvenated Salford Red Devils.

Paul Rowley’s side joined the top six last week with their win against Toulouse over in France, and will no doubt be another side looking to cause an upset.

I must admit, I love watching Salford play. They’re a team who love to give the ball some air and have an outstanding chief organiser and go-to in Brody Croft.

The challenge for the Red Devils is stopping points, especially against the best attacking side in Super League. I think the upcoming clash is one of those games where if Saints are clinical and start well they could blow Salford away – but if not it could be another tough day at the office.

Finally, a lot had been said between Catalans and Huddersfield this week, with Dragons boss Steve McNamara accusing the Giants hierarchy of a ‘disgraceful and disrespectful attitude’ towards French clubs in the Betfred Super League.

This was picked up following the Giants’ comments to new Super League strategy partners IMG as they sought opinions from all clubs on how to improve the competition going forward.

I’m with Steve on this one. I’m a big fan of both Catalans and Toulouse on the field – I think they both bring an exciting brand of football that fans love to watch.

Now, I get being in France has its challenges – namely broadcasting rights, restrictions on sponsorships and the lack of travelling fans – but we have to get away from this ‘M62 corridor sport’ idea if we want to attract more substantial broadcast money and brands into the game… and I believe both Catalans and Toulouse are far more attractive propositions. Long may they both continue.