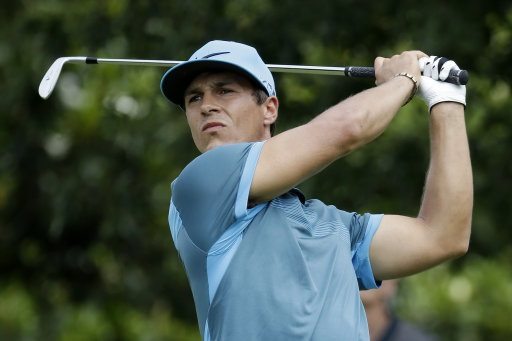 Hurly Long (10/1 Betfred British Masters 2022 Outright) held a one-shot advantage at the summit following round two, with Olesen, Marcus Kinhult (40/1) and Richie Ramsay (18/1) in a tie for second.

However, Long was unable to build further momentum on Saturday, carding his worst round of the week after signing for a one-over 73.

Olesen, meanwhile, enjoyed a fine day, going round in 69, and he sits at -11, three shots clear of Long and Marcus Armitage (6/1 Outright) in a tie for second.

Ranked 376 in the world, Olesen hasn’t finished higher than a tie for 12th in any of his last seven events but he’ll go into the final round in control of his own destiny.

Olesen said: “You have to stay in the present, obviously, but it’s been a while since I’ve been in the winner’s circle and that’s my main goal this year.

“I’ve not been working hard enough for a few years to be at that level, so I know there is a lot of work to be done.”

It’s a tight pack in behind with five players, including Scotland’s Ramsay, in a tie for fourth on seven-under, while his countryman Connor Syme is a shot further back in a tie for ninth.

Tournament host Danny Willett is well off the pace after a tough day, which included a double-bogey on the 18th to finish in a tie for 17th on four-under.