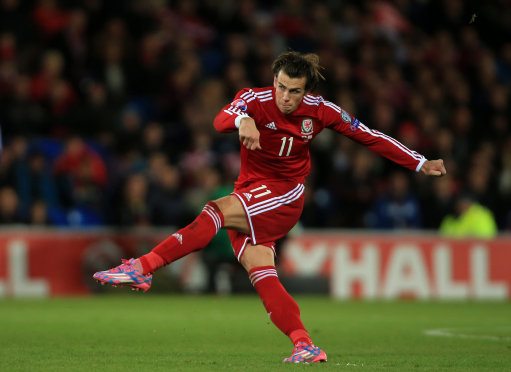 Wales boss Robert Page says he trusts his “quality” players to deliver when his side takes on Ukraine for a place in the World Cup in Qatar this winter (Match Betting – Wales 2/1, draw 2/1, Ukraine 17/10).

The Red Dragons are just one match away from making the World Cup for only the second time in their history and Page says he has faith in his squad to get the job done and emulate the heroes of 1958 by coming through what will likely be an emotional play-off at the Cardiff City Stadium on Sunday.

Wales overcame Austria 2-1 in the play-off semi-final in March – with Gareth Bale (pictured) scoring both goals – and now this delayed final will see the winners advance to Qatar, where they will slot into Group B alongside England, Iran and USA for the winter World Cup.

“It’s massive for the country,” said Page. “The excitement, the buzz around the place – we’ve given ourselves an unbelievable opportunity.

Wales are obviously well aware of the emotion around war-torn Ukraine’s bid to qualify for the tournament amid the ongoing conflict with Russia and, after they deservedly beat Scotland 3-1 in their play-off semi-final last week, Page will be well aware just how difficult a task it will be up against Oleksandr Petrakov’s men, who are clearly on a mission to raise their country’s battered morale.

So all-encompassing is the war that’s raging back home, it was impossible for Petrakov to ignore it in the build-up.

He said: “Our team write to soldiers and received a flag from the war which they promised to hang in the dressing room.

“It’s a really hard situation in Ukraine and not everyone can watch football because of the situation but we will try to concentrate and play well.”

Page has a fully-fit squad available to him for the showdown, so star man Bale (6/4 to score anytime) is set to start, while Juventus midfielder Aaron Ramsey is also expected to be in the XI alongside the likes of Harry Wilson, Joe Allen and Daniel James.

Wales are 10/11 to qualify for the World Cup, with extra-time and penalties available if needed, while Ukraine are 4/5 to make it to Qatar.

Meanwhile, Northern Ireland are back in Nations League action when they go to Cyprus at 17:00 as they look to respond to Thursday night’s disappointing 1-0 opening group loss to Greece, which made it nine defeats and two draws from their last 11 games for Ian Baraclough’s men. NI are EVS for victory on Sunday, Cyprus are 10/3 and the draw is 11/5.