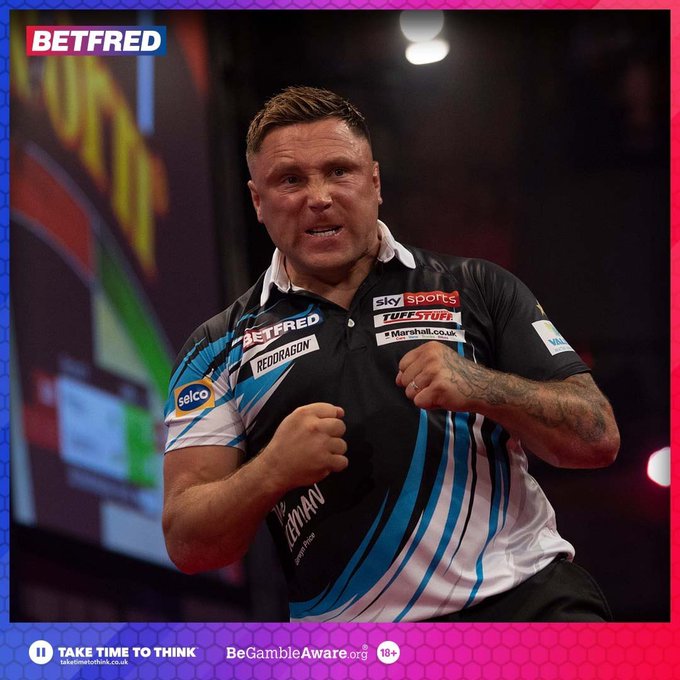 The Iceman’s victory over Jose de Sousa in the quarter-finals on Friday restored him to the summit of the darting world, a position he felt was well-deserved, and he almost wanted to emphasise that by throwing a perfect leg against Noppert on Saturday.

Price was largely in control from the off, throwing the nine-darter in leg 13, almost repeating the feat in the very next leg, as he established 10-5 and 15-8 leads.

The Freeze tried to keep himself in the contest with a couple of three-leg bursts, but Price was in the zone, averaging 102.37, and he took out 63 to complete the 17-11 win.

Price’s leg of perfection – the first at the Betfred World Matchplay since 2018 – made the Welshman (16/1 to thrown a nine-darter in the final) the first player in PDC history to throw four TV nine-darters in the same year, and he was understandably delighted with his performance.

“I felt brilliant for most of that game,” said Price.

“I’m so glad the nine-darter went in, but it probably put me under pressure, because I know a lot of people who hit nine-darters go on to lose the game. Thankfully that didn’t happen!

“The crowd on right on top of you, it’s brilliant. It’s a great atmosphere.”

Price will now take on Michael van Gerwyn (11/10 to win World Matchplay) in Sunday’s final after the Green Machine overcame a slow start to see off Dimitri Van den Bergh 17-14 in a much tighter contest.

MVG, who avergaed 98.9, reeled off four successive legs to complete the job but admitted he still feels there is plenty of room for improvement as he takes another step towards a third Phil Taylor Trophy.

“I feel good. I’m not happy with my performance, but I kept believing in my own abilities and I think this is why I won the game,” Van Gerwen said.

“I only had a short period of preparation for this tournament, so being in the final is a bonus for me, but I’m not done yet!”

History is being made as the Winter Gardens also plays host to the first televised PDC women’s tournament with the inaugural Women’s World Matchplay, with Lisa Ashton (11/8 fav Outright) getting the quarter-finals underway at around 13:00.