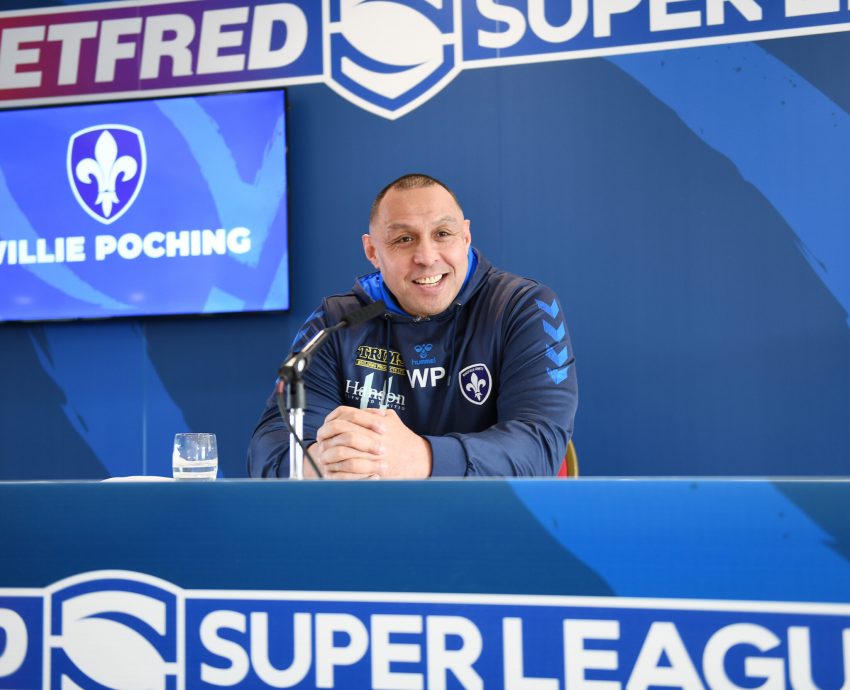 Head coach Willie Poching said he was “really proud” of his Wakefield Trinity players as they moved off the bottom of the Betfred Super League standings with an emphatic 32-6 win at Castleford Tigers on Friday night.

Few would have predicted the outcome of the match ahead of kick-off at the Mend-A-Hose Jungle, as Trinity came into the contest having slipped to the bottom of the standings following a five-game losing run, while the Tigers had won five of their previous six.

However, Wakefield ripped up the formbook in some style, with tries from Liam Hood, Jacob Murphy and Matty Ashurst helping them establish an 18-0 lead over their local rivals at the break.

Another Murphy try and one from David Fifita extended the visitors’ advantage after the restart, with Castleford’s sole score coming from Danny Richardson.

Poching was certainly delighted with the efforts of his side, although he has warned that plenty of hard work still lies ahead as Wakefield bid to preserve their Betfred Super League status.

“I’m really proud of what the players did. I was proud last week, but I’m even prouder this week for the fact it was a short turnaround and we asked them for the same output and the same effort,” Poching told BBC Radio Leeds.

“It’s a pretty good night for us, but the fight is still on and there is a long road ahead. The challenge for us is to go and do that again.”

Toulouse are the team that have replaced Wakefield at the bottom of the standings after the French side were beaten 30-6 at home to Hull FC, who came from behind to secure the victory that has lifted them up to sixth.

Following that contest, Catalans Dragons will be aiming to close the gap on St Helens and Wigan Warriors at the top of the standings when they welcome Leeds Rhinos to the Stade Gilbert Brutus (Catalans 1/2, Leeds 9/5, Tie 18/1 – Match Betting).