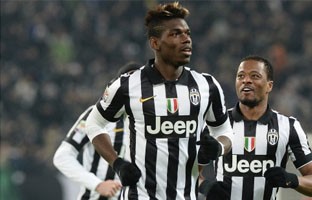 World Cup winner Paul Pogba has left Manchester United for a second time and has sealed a return to Italian giants Juventus (7/4 Serie A 2022-23 Outright).

Pogba has re-joined The Old Lady, making his departure from Old Trafford official, with the Frenchman having decided to seek a new challenge rather than work under the new United boss, Erik Ten Hag.

The international midfielder returned to the Premier League side back in 2016 from Juve, for a then world record fee of £89million. During his second stint with United, Pogba made 154 appearances and chipped in with 29 goals and 38 assists in the top flight in that time.

Whilst being incredibly talented, Pogba never reached the heights expected at Old Trafford, although his cause wasn’t helped by playing under three different managers during that spell – Jose Mourinho, Ole Gunnar Solskjaer and Ralf Rangnick.

Most notably his public disputes with Mourinho often cast a cloud over his future, while injuries also hampered his impact during his second spell at United – who are 5/4 to finish in the top four this term.

The 29-year-old finally end speculation over his future by putting pen to paper on a four-year deal on July 11, officially confirming his free-agent move back to the Turin giants.

Juventus (25/1 Champions League 2022-23 Outright) announced the signing of Pogba on Twitter, incorporating the hashtag ‘#POGBACK’ – the midfielder expressing his excitement at the prospect of re-joining the club, saying “I’m back and very happy!”

Pogba went on to add: “I can’t wait to start with you and win trophies with you. We’ll be there on the pitch in the stadium, all together.”

The French star will join the Bianconeri on a pre-season training camp and will wear the vacant number 10 shirt, under returning boss Massimiliano Allegri.

Pogba could make his second Juventus debut in the pre-season curtain-raiser against Chivas Guadalajara in Las Vegas on July 23.