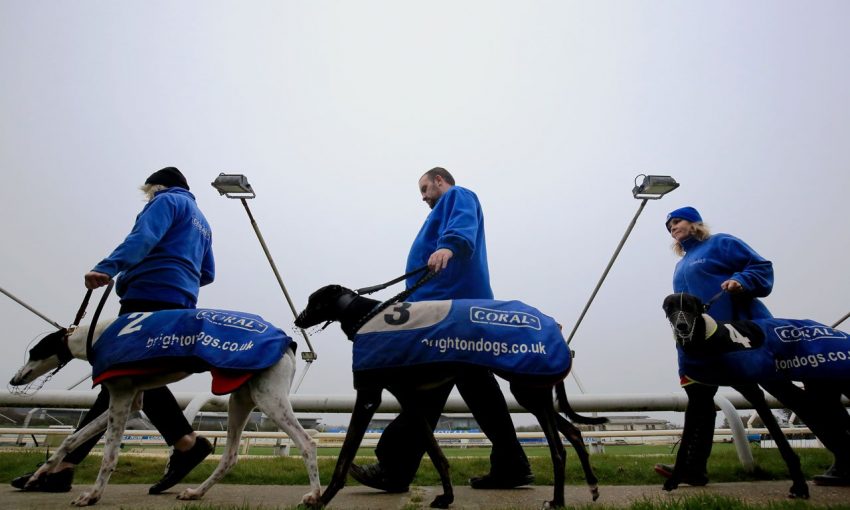 The 695 metres event has been won by some legends of the sport, including the great Scurlogue Champ.

With £20,000 in prize money on offer, another top-class decider is on the cards this weekend:

Put the race to bed early on when easily the quickest of the three semi-final winners in a calculated time of 41.48, forging ahead at the opening turn and then keeping up a relentless gallop to score by a wide margin from Russian Sammy. That represented a big step up on his recent efforts but May’s 43.01 victory over 712m at Towcester also showed what he is capable of when getting on the bunny and wearing the red jacket may help him to barge round in front here.

Has been a useful competition dog for connections, reaching the St Leger semis at Perry Barr, the Coral Champion Stakes final at Romford and the Kent St Leger decider at Crayford. Seven wins at Monmore, including the Dual Distance Stayers final, and a superb 712m success on Derby night at Towcester suggested this track would suit. Had to settle for second behind Chelms Cub in the semis but previously shone in the heats and champion trainer Mark Wallis is seeking a fifth Regency triumph in 12 years.

A likeable sort who has won nine times and been second on 11 occasions from 42 races but was beaten a long way when runner-up behind Chelms Cub and then Baggios Champ in this competition so looks up against it on all known evidence.

After making an impressive debut in Ireland, this 36kg giant won only one of his first 18 races in England but has found his form at just the right time during this event. Jason Heath’s charge made all to romp home by over 10 lengths in his first-round heat and then also prevailed in the semis, picking off Bettys Book at the fifth bend before repelling the late challenge of Bombardier. Would be no surprise to see further improvement now the penny has dropped.

Sprang a surprise in the Premier Greyhound Racing Regency semis when just making the bend from trap one and then benefitting from some bunching in behind to hold on by a head from Callmesteve at generous odds of 22/1. Connections will be hoping that lightning can strike twice, but moving out to the orange jacket means she will need even more good fortune here.

A former Puppy Derby runner-up over 500m at Towcester, he was always expected to excel when stepped up in distance. Backed up that view by reaching this year’s St Leger final at Yarmouth and put in some flashy performances when landing the Challenge Cup among four straight wins at Towcester this summer. Was made ante-post favourite for this event after a Trial Stakes victory but has been a beaten favourite in both rounds so far. There have been excuses regarding trouble in running, though, and he remains a powerful galloper if getting daylight early enough, so will be a popular pick to come good on the big night.