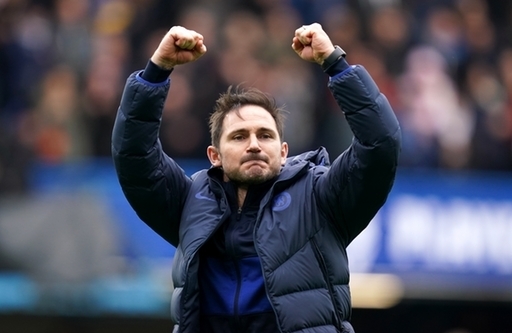 After just about surviving last season, Everton (5/2 – Top Half Finish) will hope for a much improved campaign in 2022-23.

The Toffees ended what was a painful season in 16th place, only four points clear of the relegation zone, as Frank Lampard kept them up following his arrival in January.

Lampard, who came in after a dismal period under former Liverpool boss Rafael Benitez at Goodison Park, steered his side to vital wins over Manchester United, his former club Chelsea, Leicester and Crystal Palace in the final two months to preserve the club’s ever-present Premier League status.

However, after losing forward Richarlison to Tottenham in the summer transfer window, there are fears another season scrapping against relegation is on the cards.

Everton are 1/6 to stay up and 7/2 to be relegated in the upcoming campaign.

Since owner Farhad Moshiri took over in February 2016, Everton have amazingly spent over £550million on new signings but they look a million miles away from even making the top six (14/1 – Top Six Finish) at the minute, let alone challenging for trophies.

With the only summer signing so far being James Tarkowski, who has joined on a free transfer from Burnley, it appears the Blues are heading for another campaign battling it out in the bottom half of the table.

There is undoubtedly talent in the squad, from England goalkeeper Jordan Pickford, defender Yerry Mina, through to the likes of midfielders Abdoulaye Doucoure and striker Dominic Calvert-Lewin, but the squad overall looks thin.

Dele Alli, Alex Iwobi, Demarai Gray and Andros Townsend are all extremely capable Premier League performers but seem to struggle for consistency, while Richarlison’s exit leaves a gaping hole up front which has yet to be filled.

Calvert-Lewin should be relied upon for goals but there are big question marks over his fitness after he missed large chunks of last season through injury, while local lad Anthony Gordon could well develop into a big star but remains a work in progress at the age of 21.

Tarkowski looks an astute signing, bolstering a defence that conceded 66 Premier League goals last season and his top-flight experience should improve the Merseysiders at the back, while Gordon should build on his excellent breakthrough season.

If he can stay fit, though, Calvert-Lewin (50/1 – Premier League Top Goalscorer) could be the difference between Everton looking towards the top eight with optimism and another season to forget. The 25-year-old has scored 45 league goals from 163 games and will likely to be setting himself a target of at least 20 more to add to that tally.

Lampard played his part in galvanising Everton and he retains the backing of most of the fans, whose recent protests have been aimed at the ownership rather than the Chelsea legend.

He will be demanding the £60million the club received for Richarlison is spent quickly on much-needed squad reinforcements, with a new forward essential, while he will hope to get the best out of players like Alli, Iwobi and Gray, who on their day can hurt anyone.

He’s won eight of the 21 games he’s been in charge of Everton for, which is a solid enough record but one that needs to be better if he wants to improve the club’s fortunes and his own reputation as a manager after his previous role at Chelsea ultimately ended in disappointment.

Like plenty of his fellow Premier League bosses, Lampard prefers a possession-based 4-3-3 formation with an emphasis on attacking out wide and pressing. He had to adapt that style, with some success, in the run-in last season in order to be more direct and make his side difficult to beat.