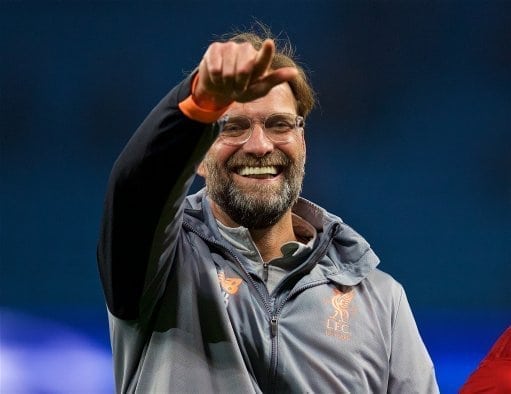 Diogo Jota says he wants to “do it again” with Liverpool (5/2 Premier League Outright) after signing a new deal to ensure he remains a vital part of their push for silverware.

The Portuguese joined from Wolves in September 2020 and marked his debut with a goal in that month’s 3-1 win over Arsenal.

Jota went on to net a dozen more times in 2020-21 and further improved last term, grabbing 21 goals in all competitions to help the club win both the EFL and FA Cups. Liverpool also finished as runners-up in both the Premier League and Champions League.

Since arriving at Anfield, the 25-year-old Jota has established himself as a key member of Jurgen Klopp’s (pictured squad and, while currently sidelined with a hamstring injury, he is desperate to recover his fitness and show what he can do.

Jota’s new deal is described by the club as “long term” and is reported to have tied him down until the summer of 2027.

With a World Cup on the horizon with the Selecao, it could be a busy few months for Jota once he regains his fitness and he is clearly excited to try and propel the Reds towards further trophies.

“When you fight for everything, like we did last year, you just want to do it again and to do it better, because it’s possible,” he told the club’s website.

“That drive is in me and I know it’s in my teammates and all the staff. We have everything to fight for those titles out there.”

Liverpool open their Premier League campaign on Saturday when they head to newly-promoted Fulham for a game they are 2/7 to win, with the draw 9/2 and the Cottagers 9/1.