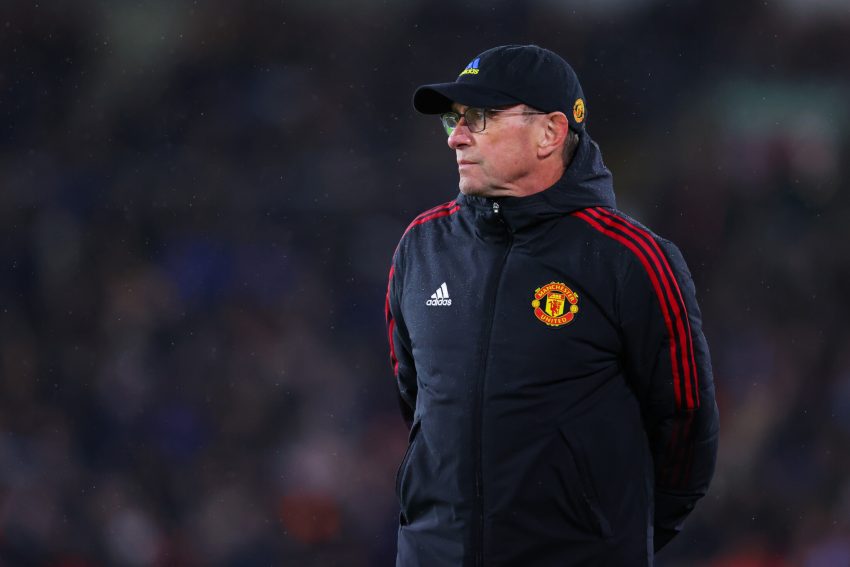 Manchester United interim manager Ralf Rangnick has revealed he wanted to sign a new striker during the January transfer window, but his attempts were rejected by the club’s board.

The Red Devils have endured a disappointing second half of the season and will head into Saturday’s Premier League clash with Brighton at The Amex having seen their top-four hopes all but disappear (Brighton 9/5, Draw 23/10, Man Utd 6/4 – Match Betting).

Erik ten Hag will succeed Rangnick in the United dugout this summer, but the German, who will take up a consultancy role with the club at the end of the season, believes things could have been better had the club opted to sign a new striker.

Among the players Rangnick was interested in bringing in were Luis Diaz, who instead joined Liverpool from Porto, Dusan Vlahovic, who swapped Fiorentina for Juventus and Manchester City-bound Julian Alvarez.

“I spoke to the board and said shouldn’t we at least speak and try and analyse if we could get a player either on loan or as a permanent deal but in the end the answer was no,” the 63-year-old told reporters.

“I still believe that we should have at least tried, if we would’ve found and been able in 48 hours, 48 hours is short notice but it’s still 48 hours, it might have been worth to try and internally discuss but we didn’t and it was not done.”

United have certainly struggled for goals of late, netting just 13 across their last 10 league matches, with nine of those being scored by Cristiano Ronaldo.

The omens are at least good for the Red Devils heading into their clash with Brighton, which is Saturday’s 5:30 kick off, as they have won each of their last seven meetings with the Seagulls.

That match will follow a quartet of 15:00 kick offs in the Premier League, highlighted by a crucial clash at the bottom, as a rejuvenated Burnley welcome Aston Villa to Turf Moor (Burnley 19/10, Draw 11/5, Aston Villa 29/20 – Match Betting).

The Clarets have taken 10 points from a possible 12 since caretaker boss Mike Jackson took charge and they can move five points clear of the relegation zone with a victory.

A point for Burnley would also confirm Watford’s relegation, although the Hornets will be down anyway if they fail to win at Crystal Palace (Match Betting – Crystal Palace 3/5, Draw 3/1, Watford 9/2).

Brentford will host Southampton with both sides still needing a few more points to be mathematically assured of survival. The Saints won the reverse fixture at St Mary’s Stadium 4-1 back in January (Brentford 11/10, Draw 12/5, Southampton 12/5 – Match Betting).

Chelsea, buoyed by the news that terms have been agreed over the sale of the club to a Todd Boehly-led consortium, will also be in action when they welcome Wolves to Stamford Bridge (Chelsea 1/3, Draw 19/5, Wolves 17/2 – Match Betting).

The Blues still have work to do to lock down third position following a run of one win in four league games, but they will be hosting an out-of-sorts Wolves that have lost three on the bounce without scoring.