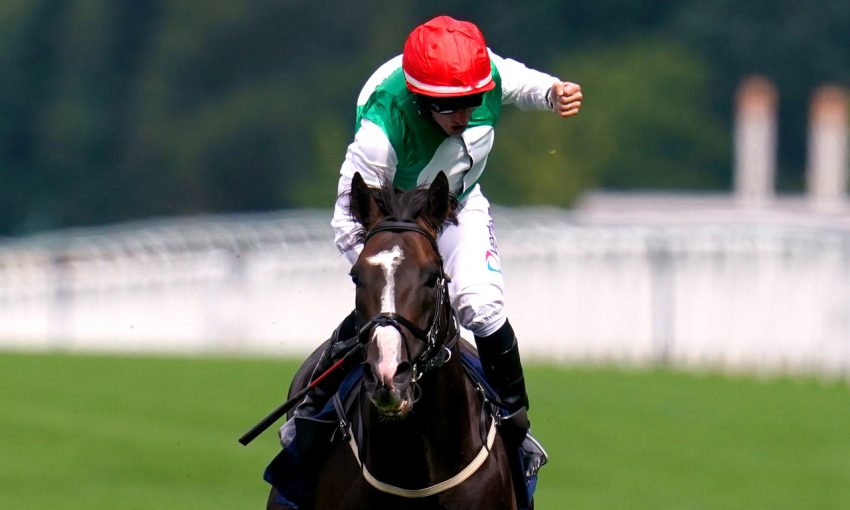 Pyledriver has been cut to 16/1 with Coral for the Prix de l’Arc de Triomphe following his victory in the King George VI and Queen Elizabeth Stakes on Saturday.

Willie Muir, who trains in partnership with Chris Grassick, confirmed that the ParisLongchamp showpiece on October 2 will be the five-year-old’s next target, with the Japan Cup and the Hong Kong Vase also under consideration.

“We can’t do them all. It is impossible to do everything.”

Martin Dwyer, who has partnered Pyledriver in all but four of the entire’s 18 career starts, is currently recuperating following surgery to repair a torn ACL and hinted that a trip to Keeneland could be on the cards after the Arc.

Muir said: “The three owners and me, and definitely Martin – even though he is not riding, he is a big part of this horse’s journey – will decide where we go after the Arc. The Breeders’ Cup is possible.

“We will have a meeting and discuss which way we go, but the Arc is next.”

Pyledriver’s 18/1 success, beating five rivals by upwards of two and three-quarter lengths in the mile-and-a-half midsummer Ascot highlight, was run in a time of just under two and a half minutes.

He was 18 lengths clear of Irish Derby winner Westover and 25 lengths in front of unlucky Oaks runner-up Emily Upjohn, who represented the Classic generation.

Though the going ahead of the Group One contest was officially described as good to firm, Muir felt the ground rode easier and was fulsome in his praise for clerk of the course Chris Stickels for producing a surface he described as “perfect”. Muir also countered those who felt last season’s Arc winner, Germany’s Torquator Tasso, who chased home Pyledriver, did not have his optimum conditions.

“I walked the course and fair play to Chris Stickels. That course was in magnificent condition,” said Muir. “That was good ground. That was not good to firm (good in places), that was beautiful, beautiful ground. Perfect ground.

“But they all forget, four runs ago, when I was going to Hong Kong, they said, ‘Pyledriver is much better on soft ground’.

“Now we have gone and won, we are longer in the betting for the Arc than the horse who finished second, because they say the German horse will appreciate soft ground! I think people just don’t know what they are on about.”

In Coral’s Arc de Triomphe betting, Torquator Tasso has been cut to 10/1 from 12/1 for a repeat success.