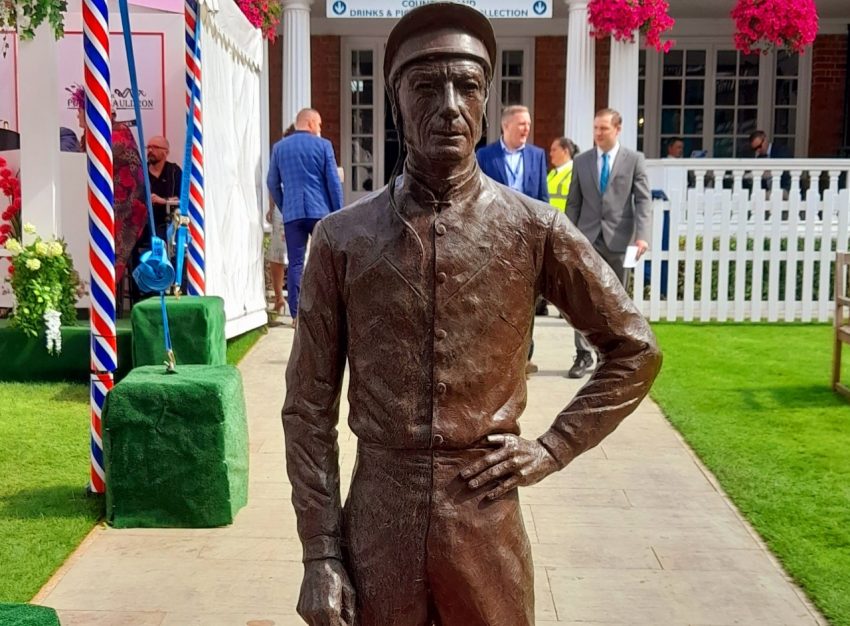 Talk about being bred to make a mark in racing – Grandad won three Grand Nationals, and Dad Keith was a hugely successful trainer. The wider family was riddled with racing accomplishments under both codes.

Lester was a prodigy in the saddle. First winner at 12 (yes, 12); and a first Derby success, at just 18, on the aptly named Never Say Die (1954). He would become synonymous with Epsom’s showpiece, and a regular annual guessing game was ‘who’s Lester riding in the big one?’

Eight further Epsom Derby triumphs would be his – the last in 1983. He rode for the biggest stables, and richest owners, of the day. At 5ft 8ins, hence the ‘Long Fellow’ nickname, he struggled throughout his career with his weight. A cigar was often just about his only indulgence.

Partnerships with the likes of Noel Murless and Vincent O’Brien brought victories on some of the sport’s greatest horses – Crepello, Sir Ivor, Nijinsky. He was ruthlessly ambitious, and would seek to dislodge booked riders from their fancied mounts ahead of big races if he could. Plenty were ‘jocked-off’ down the years by Lester.

He had his problems with the taxman unfortunately, and served a custodial sentence in the late 80s for fraud. Sensationally, after being released from prison, he won the Breeders Cup Mile on Royal Academy in 1990, at the tender age of 54.

I watched him saunter to a win in York’s International Stakes (Juddmonte), in 1992, on Rodrigo de Triano. He’d won the 2000 Guineas on the colt earlier that season. The horse raced in the famous Robert Sangster silks, as had his sire, the great El Gran Senor. Lester won a sackful of big races in those legendary colours.

I’ve used a photo I took recently of the statue commemorating Lester’s achievements at York, above. He was revered everywhere, but especially I’d say at Epsom, and on the Knavesmire.

He initially retired from race-riding in 1985 and began training. The tax controversy ended all that, and precipitated that amazing comeback, and triumph, in America. Coming from way off the pace, Royal Academy mowed ’em down late, getting up only in the shadows of the post. Vintage Piggott.

Lester finally called time on an incredible career in 1995. Champion jockey 11 times. 30 Classics. Those nine Derby wins; and 4,493 all told.

What a career. What a life.