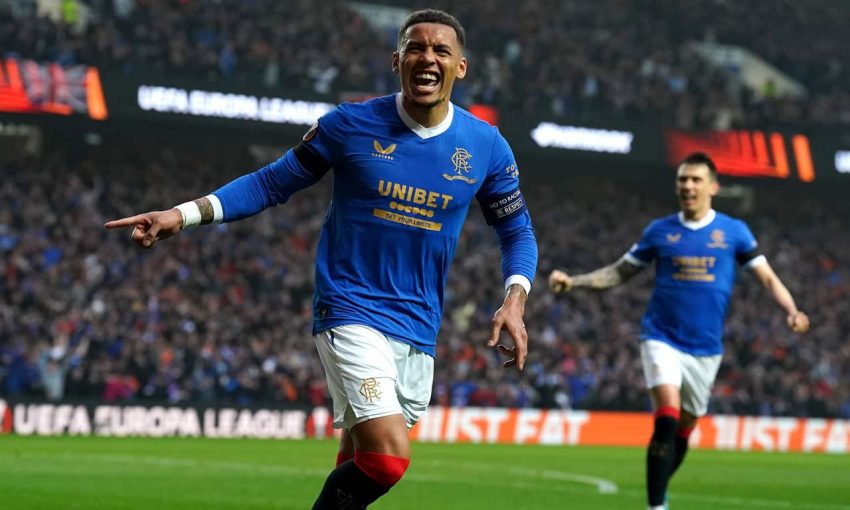 It is a Europa League final which few could have predicted at the start of the season but the Seville showpiece promises to be an entertaining encounter as we pick out some Rangers v Eintracht Frankfurt betting tips.

The likes of Barcelona, Borussia Dortmund, Atalanta and Porto have all been eliminated and there are now two teams left standing.

Neither will be short of support in Spain for the match on May 18, which kicks off at 8pm and is live on BT Sport.

Rangers have already got past two Bundesliga teams to get this far so will have no qualms about facing Eintracht Frankfurt despite being priced up as underdogs in the Europa League final odds.

The 6-4 aggregate victory over Borussia Dortmund was arguably the most impressive result in their recent history, especially the 4-2 win in the first leg in Germany.

RB Leipzig also proved no match for the Light Blues in the semi-final, with Rangers using the passion of the Ibrox crowd to overcome a 1-0 deficit from the first leg to win 3-2 on aggregate.

Captain James Tavernier levelled the tie in the 18th minute with a close-range finish and Glen Kamara drove in a terrific second from 20 yards just six minutes later.

He’s starred for months, but that might just be his biggest moment in a Rangers jersey.

France striker Christopher Nkunku levelled the tie in the 70th minute with a smart volley but Gers midfielder John Lundstram fired in with 10 minutes remaining and they held out as the frantic search for tickets, flights and hotels for Spain began.

It is a first European final in 14 years for Rangers and their fans will pay little attention to them being 6/5 underdogs to lift the trophy or 11/5 to win in 90 minutes.

Eintracht raising their game in Europe

Eintracht’s Europa League results have been in contrast to their domestic form in Germany where they have been languishing in mid-table.

They failed to win any of their first six games, although they did draw five in a row before highlighting what they are capable of with a stunning 2-1 win at Bayern Munich in October.

Eintracht only won one of their first seven league games in 2022 too and have never been in contention for a Champions League place but are now just 90 minutes away from qualifying as Europa League winners.

They topped Group D with three wins and three draws and then beat Real Betis 3-2 on aggregate in the round of 16 thanks to a last-minute own goal in extra time.

This is what it feels like to reach your first European Cup final since 1980 🤍🖤#NoFilterUEL pic.twitter.com/XHYo1OpDiU

Elimination looked on the cards when they had to settle for a 1-1 draw at home to Europa League favourites Barcelona but they raced into a 3-0 lead at Camp Nou and held on despite conceding two late goals.

A 2-1 win against West Ham at the London Stadium put them in control of their semi-final before a 1-0 victory in Germany completed their unlikely route to the final where they are 4/6 to lift the trophy and 5/4 to win in 90 minutes.

Goals could flow in Spain

Eintracht’s victory over West Ham was only their second clean sheet in their last 20 Europa League matches and they were helped by the first-half dismissal of Hammers defender Aaron Cresswell.

They have often looked vulnerable in defence and they have already had two 3-2 wins on their travels in the Bundesliga this season as well as a 5-2 victory at home to Bayer Leverkusen.

In two games against Dortmund they conceded eight goals while Rangers have only managed one clean sheet in the knockout stage.

Attack looks the best form of defence for both teams and backing goals at both ends looks a solid pick for Rangers v Eintracht Frankfurt betting tips at 4/6.

Another option in the #YourCall markets is Rangers to win or draw in 90 minutes, both teams to score in the second half and over 2.5 goals at 5/1 which would have paid out in the second leg against Leipzig.