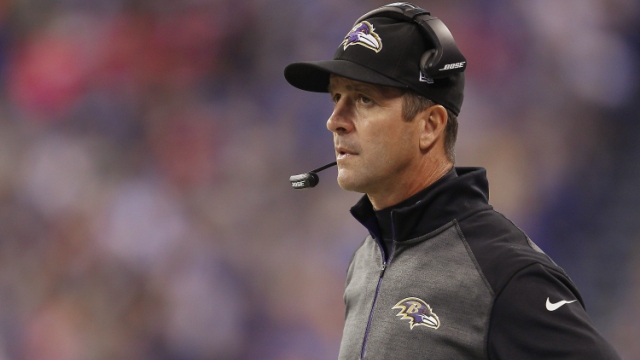 The Baltimore Ravens missed the playoffs last season, but with better health and a great draft, they could be a problem in the AFC.

No team had worse luck last season than the Baltimore Ravens. It’s bound to change.

Baltimore dealt with an ungodly stretch of hurting stars in 2021, including corners Marcus Peters and Marlon Humphrey, left tackle Ronnie Stanley, running backs J.K. Dobbins and Gus Edwards, quarterback Lamar Jackson and others. Still, Baltimore missed the postseason by a single game, and after a solid free agency, looked like a strong contender to make the playoffs and create noise in the stacked AFC.

This was before having arguably the league’s best draft class.

The Ravens picked twice in the first round after trading receiver Marquise Brown to the Arizona Cardinals and took safety Kyle Hamilton (Notre Dame) and Tyler Linderbaum (Iowa), the top players at each of their respective positions. In the second day, Baltimore landed edge rusher David Ojabo (Michigan) who is a steal despite dealing with a torn Achilles, and then took defensive lineman Travis Jones (UConn) in the third round.

All told, the Ravens may have found multiple immediate contributors on both sides of the ball, giving them a great chance to compete in and perhaps win the loaded AFC North.

Linderbaum talked about his expectations for himself during a press conference this weekend, via NFL.com:

“I think with just the center position comes leadership. You’re the guy who has to put people in the right positions and make the right calls. I’ve been playing center for awhile now and I think it just comes natural to me.”

For the Ravens, health might well be the determining factor as to whether they’ll be a fringe playoff team or a Super Bowl contender. Because if the aforementioned stars stay on the field and the rookies showcase their considerable talents, Baltimore is going to be brutal to deal with when the weather turns towards autumn.