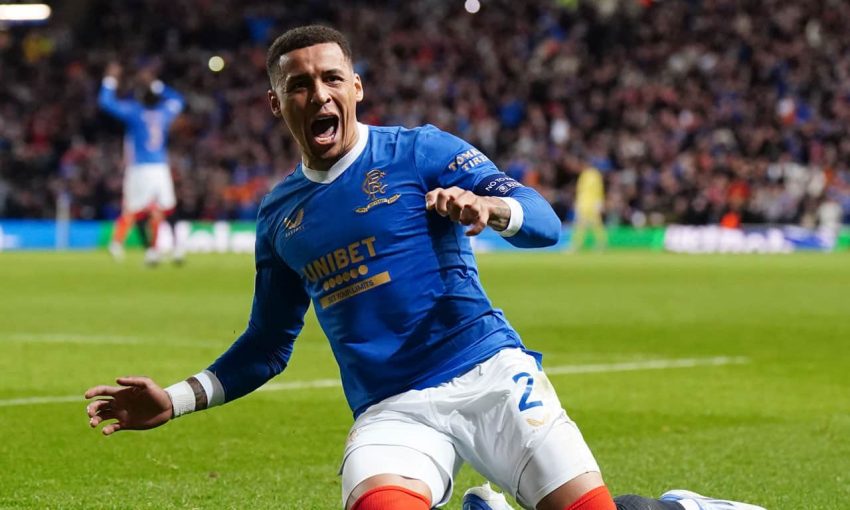 Rangers have already defied the odds in Germany once this season and are hoping to do the same again in the first leg of their Europa League semi-final.

Borussia Dortmund’s conquerors are the outsiders in the Europa League winner odds ahead of the semi-finals as we pick out some RB Leipzig v Rangers betting tips.

The first leg takes place at the Red Bull Arena on Thursday April 28 with an 8pm kick-off and is live on BT Sport.

Gers must stay in the game

Rangers are starting to dream of Europa League glory after reaching the last four and an all-British final against West Ham remains a possibility.

The Light Blues only won two of their group games but qualified as runners-up with eight points before beating Dortmund and Red Star Belgrade over two legs.

They then lost the first leg against Braga but captain James Tavernier’s brace had them on course to progress at half-time at Ibrox.

The visitors were also down to 10 men after Vitor Tormena’s red card but David Carmo stunned the hosts with a goal in the 83rd minute to send the tie into extra time.

Kemar Roofe relieved Ibrox nerves with Rangers’ third in the 101st minute and when Luri Medeiros also received his marching orders for Braga, there was no denying Giovanni van Bronckhorst’s men a place in the semi-finals. The stunning 4-2 victory at Dortmund is the only match Rangers have won on their travels in this season’s Europa League so it is perhaps understandable they are 15/2 underdogs in the RB Leipzig v Rangers odds.

Leipzig are 2/5 to earn a lead to take to Scotland while Rangers would undoubtedly be happy with a draw at 15/4 and they are 2/1 to avoid defeat.

Leipzig are on course to qualify for next season’s Champions League thanks to their Bundesliga position but can also do so by winning the Europa League.

They started this season in European football’s premier club competition but were handed a tough draw and had to settle for third place in Group A behind Manchester City and Paris Saint-Germain.

Losing their first three games was the worst possible start but they recovered well to stay in Europe, drawing 2-2 at home with PSG and beating City 2-1 either side of a 5-0 win at Club Brugge.

The goals continued to flow in the Europa League with a 5-3 aggregate win against Real Sociedad and it was a surprise their quarter-final against Atalanta was not quite as entertaining.

Leipzig did enough to get through though, drawing 1-1 at home before star man Christopher Nkunku’s brace earned a 2-0 win in Italy.

Then there were 4. #UEL pic.twitter.com/lfqJLPC4lt

Scoring goals is rarely an issue for Leipzig and since mid-February they have enjoyed two 6-1 wins in the Bundesliga and a 4-1 victory at Borussia Dortmund.

This looks to have the makings of a high-scoring game and there are plenty of options regarding RB Leipzig v Rangers betting tips.

Looking at the #YourCall options, both teams to score, over 2.5 goals and either team to win appeals at 13/8.

Rangers could be forgiven for starting to feel the strain having been taken to extra time twice recently.

The victory over Braga was followed by the Scottish Cup semi-final against Old Firm rivals Celtic which also went the distance before Rangers won it with an own goal in the 114th minute.

A request to have the Scottish Premiership game against Motherwell brought forward by a day has at least given Rangers extra time to recover before travelling to Germany.

Fatigue could still be an issue and in terms of RB Leipzig v Rangers betting tips, the hosts are 4/6 to win the second half and 23/10 to win it by more than one goal.