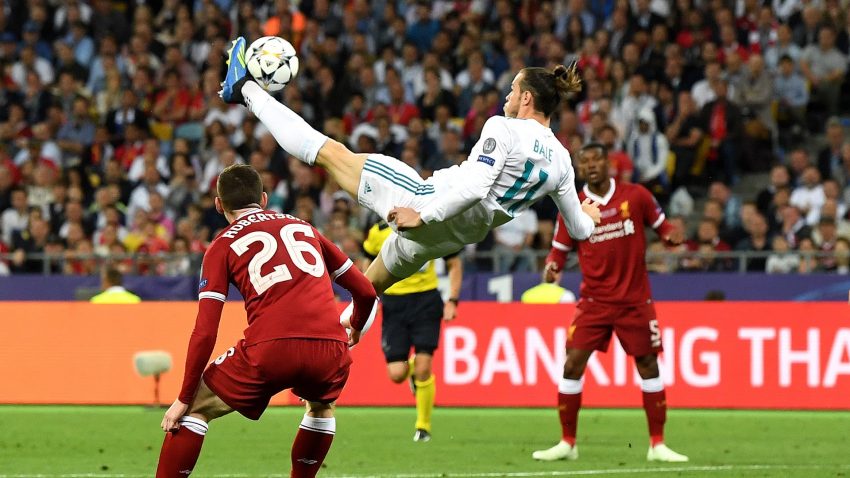 It is a repeat of the final from four years ago where Real triumphed 3-1 against the Reds with Gareth Bale stealing the show.

Much has changed since – Liverpool have become a far more solid and dependable unit while Jurgen Klopp has strengthened the squad.

Real have changed too but are still a force in European football, even minus the talents of Cristiano Ronaldo and Sergio Ramos.

Both sides have provided some breathtaking moments on their journey to the final and are worthy of taking part in the biggest club competition game in the world.

The group stage was serene for Liverpool who defied the tag of being in the “Group of Death” to win six from six – no mean feat against Atletico Madrid, Porto, and AC Milan.

They scored 17 goals in six games proving why they are one of the most feared and admired teams on the planet.

Real won five from six but it was the sole loss that was perhaps the biggest shock result in European football for many years.

Sherriff Tiraspol – the first-ever Moldovan side to reach the group stage – stunned Los Blancos with a 2-1 win at the Bernabeu as early question marks were already being put at Carlo Ancelotti in his second spell as boss.

However, five wins from six was enough for redemption and a place at the top of the group.

The knockout stages were something else entirely as far as Real are concerned – the stand out tie of the last-16 was them against PSG, so desperate to win the Champions League and prove why they have splashed the cash in such a lavish way across the last decade.

Karim Benzema (Anytime scorer 6/5) was the hero as his hat-trick saw Real roar back from 2-0 down on aggregate to win with just half an hour remaining in an extraordinary second leg in the Spanish capital.

The reward was a match against defending champions Chelsea and it was another late show – Benzema’s extra-time winner saw them triumph 5-4 on aggregate.

Despite their Champions League campaign already containing around a decade’s worth of drama, their semi-final against Manchester City was perhaps the biggest eyebrow-raiser of all.

City won the first leg 4-3 in a pulsating night of football and were 1-0 up at the Bernabeu with just injury time remaining.

By contrast, Liverpool got past Inter Milan and Benfica with comparatively minimal fuss though their semi-final with Villarreal was tense.

Klopp’s side took a 2-0 lead to Spain but Unai Emery’s men came back to level the tie at 2-2 – only for the Reds to dominate the second half and win 5-2 overall.

It is therefore set up to be a mouth-watering and unpredictable tie in Paris- Real have no doubt had the tougher route in the knockout stage, but Liverpool will feel fresher and have a treble to aim for.

Whoever wins will have certainly earned their status as kings of Europe.