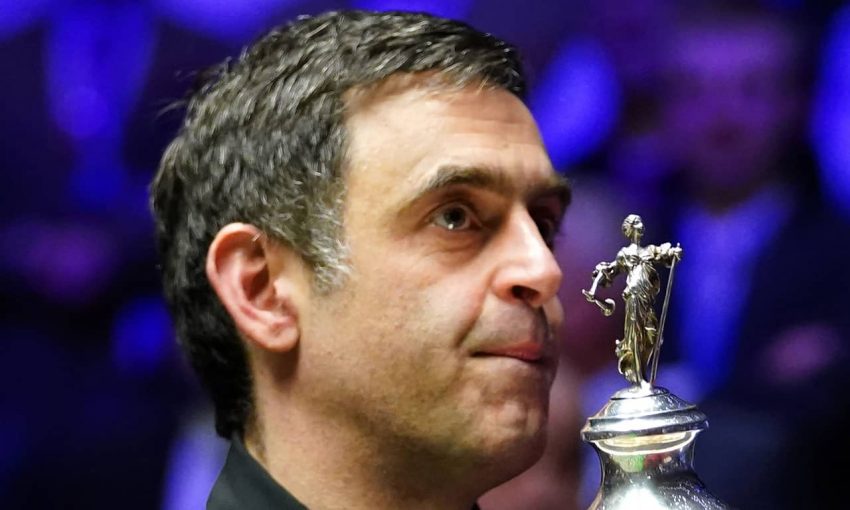 Ronnie O’Sullivan’s career at the majors

That saw him finally match Stephen Hendry’s long-standing record and here we analyse Rocket’s career in the majors plus a closer look at his success in the World Championship.

In addition to his seven tournament wins, Ronnie O’Sullivan holds a number of other records at the Crucible.

His 30th appearance at the tournament matched Steve Davis’ all-time high, while his run over the last 17 days took him to 74 wins at the famous Sheffield venue, beating Hendry’s record by four.

His 20 quarter-finals and 13 semi-finals are also records while, aged 46, O’Sullivan surpasses his former coach Ray Reardon as the oldest ever world champion.

Along the way, he also passed 200 century breaks at the Crucible – the most memorable coming in 1997 when he recorded the fastest ever 147, in five minutes and eight seconds against Mick Price.

O’Sullivan already held the record of 20 wins across the ‘Triple Crown’ events but has now won the World and UK Championships and the Masters on seven occasions each.

His victory over Trump came in his eighth Crucible final, exactly matching his 7-1 record in UK Championship deciders, with his only defeats coming against Mark Selby – in Sheffield in 2014 and at York’s Barbican Centre in 2016.

Hendry won six Masters and five UK titles for a total of 18 majors, while Davis won the World and UK six times each and the Masters three times.

O’Sullivan’s 39th ranking title also extended his lead over Hendry (36) in that list, with Higgins (31) the only other player above 30. Trump remains just outside the top five on 23. 2001: O’Sullivan cruised into the last four with comfortable wins over Andy Hicks, Dave Harrold and Peter Ebdon, before dispatching Joe Swail 17-11 in the semi-final. In the final, the 25-year-old led from the front to beat John Higgins 18-14.

2004: O’Sullivan reached the final by beating Hendry 17-4 in the last four – the biggest margin in the tournament’s history. He lost the first five frames of his final against Graeme Dott but won 18 of the next 21 to claim his second title.

2008: O’Sullivan became only the third player, after Hendry and Steve Davis, to win three or more Crucible world titles after easing past Ali Carter 18-8. En route, he once again humiliated Hendry with a 17-6 semi-final display that the Scot called the greatest he had ever seen.

2012: Having been run close in a 13-10 last-eight win over Neil Robertson, O’Sullivan earned a second Crucible final against Carter, whom he beat 18-11 to become a four-time world champion.

2013: O’Sullivan returned as defending champion having not played a competitive match all season. But he showed few ill effects as he cruised into the final, beating Trump 17-11 in the last four before easing past Barry Hawkins 18-10.

2020: In a tournament mostly played behind closed doors due to the coronavirus pandemic, O’Sullivan battled past Ding Junhui and Mark Williams before winning the last three frames to clinch an epic semi-final win over Mark Selby. In the final, he cruised past Kyren Wilson 18-8 for his sixth title.

2022: O’Sullivan proved a cut above his competition for the duration of the 2022 Championship, seldom being troubled throughout the tournament and securing the crown with an 18-13 victory over Trump.