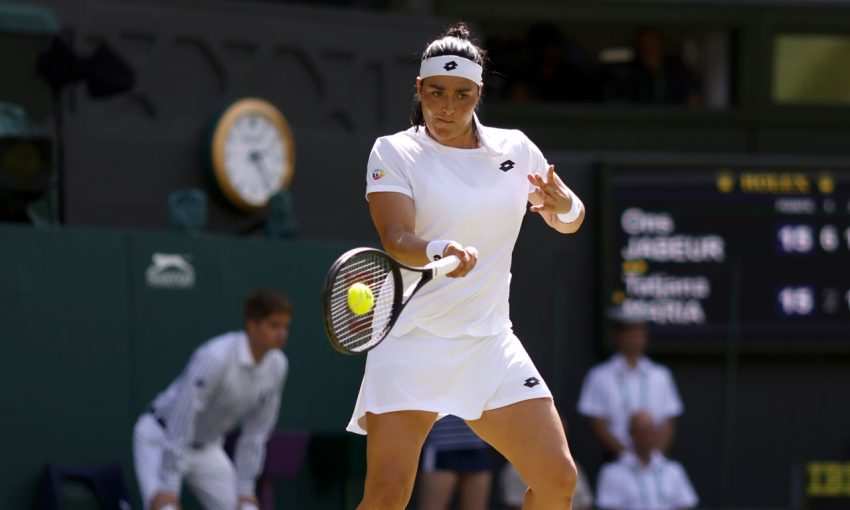 History will be made at Wimbledon on Saturday with Ons Jabeur and Elena Rybakina both attempting to win their maiden grand-slam title in the women’s singles final.

Ahead of what promises to be a fascinating encounter, we have studied the Wimbledon odds and picked out some Rybakina v Jabeur betting tips.

The duo had never made it beyond the quarter-finals of a major before this summer but they have had SW19 spectators on their feet applauding their contrasting styles.

Third seed Jabeur is the clear favourite at 8/13 given her standing as the world number two and success on Centre Court would represent the Tunisian fulfilling her destiny.

She would become the first woman from an Arab country and the continent of Africa to win a grand-slam singles title.

“I did a lot of times imagine myself giving the good speech, holding the trophy, seeing the trophy, I did it all,” Jabeur revealed after Thursday’s win over good friend Tatjana Maria in the semi-finals.

“Now I need really to hold the trophy, that’s the only thing left for me, but I believe in that. I know that I can do it.”

The goal of winning Wimbledon only really started for Jabeur in 2021 when she enjoyed an impressive run to the last eight, beating Venus Williams, Garbine Muguruza and Iga Swiatek along the way.

And the 27-year-old has carried on where she left off with her full repertoire of shots displayed during the past two weeks.

She eased through the first three rounds without dropping a set but has been taken to a decider in her last two matches.

Her two previous meetings with Rybakina both went to a third set too so the same outcome again here is worth including in Rybakina v Jabeur betting tips at 11/8. Serve can give Kazakh the edge

Rybakina is also attempting to make history by becoming the first player representing Kazakhstan to win a major, but her appearance in the final is not without controversy.

The 23-year-old was born and raised in Russia and played under the flag of her birth country until 2018 when the lure of greater funding from Kazakhstan saw her switch international allegiance.

In a year where Russians and Belarusians are banned from Wimbledon due to Russia’s invasion of Ukraine, there is now a distinct possibility of Moscow-born Rybakina being presented with the trophy on Saturday by the Duchess of Cambridge.

Rybakina had flown under the radar this summer but started to look a realistic title contender after coming from a set down to beat Ajla Tomljanovic in the quarter-finals.

The 17th seed went into her semi-final against Simona Halep as the underdog but cruised to a 6-3 6-3 victory.

Serving five aces helped and she has produced the most aces on the WTA Tour this season, while her aggressive returns put her opponents under pressure and Halep gave away nine double faults.

With both players likely to be nervous, we think the simpler game of Rybakina makes her good value as the 5/4 underdog.

For bigger prices in Rybakina v Jabeur betting tips, the former is 4/1 to win in three sets while she can be backed at 13/5 to win her first service game, the first set and the match.