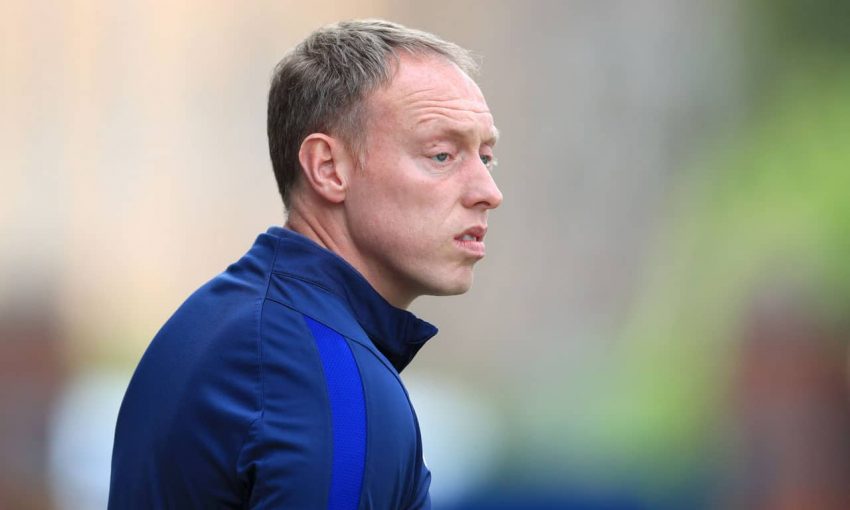 Two former Premier League clubs are looking to get back into the big time as we study the odds to pick out some Sheffield United v Nottingham Forest betting tips for the first leg of their play-off semi-final.

Forest pushed Bournemouth all the way to the final week of the regular season but fell short in their push for automatic promotion, while United only secured their play-off place on the final day.

League positions count for nothing now though ahead of the first leg at Bramall Lane on Saturday, which kicks off at 3pm and is live on Sky Sports.

Forest falter at the death

Nottingham Forest were the best team in the Championship over the last 12 games, picking up two points more than any other team and five more than Bournemouth.

It was not enough to claim second place though as a 1-0 defeat against the Cherries last week ended their hopes of what would have been an incredible automatic promotion given they only had one point after seven matches.

Steve Cooper has transformed the team’s fortunes and the defeat at Bournemouth at least allowed him to make seven changes for the final game against Hull.

They conceded an injury-time equaliser in that game though and that saw them drop to fourth in the table as Huddersfield leapfrogged them.

That means a meeting with Sheffield United rather than Luton and it remains to be seen if that proves costly but the celebrations on taking the lead just moments earlier suggested Forest would have preferred to be facing the Hatters.

🎥 Preparing for a huge week ahead 💪

Cooper insists his team are in “great shape” ahead of the play-offs though, saying: “We go into the play-offs feeling really good about ourselves.

“We are looking forward to it. We wanted to finish third, but to come from bottom of the league to fourth place is great.

“You’ve got to get excited about it. We gave automatic (promotion) a really good go and, by going for that, we secured a play-off place with maybe three or four games to go.

“It’s an unbelievable achievement and it shows how good these guys have been. I’m disappointed not to win – that’s just me – but I’m naturally not naive or narrow-minded. I know that we go into the play-offs in great shape.”

Forest start the play-offs as the favourites in the Championship promotion odds which suggest the eventual winner will come from this tie but they are 12/5 underdogs to win at Bramall Lane.

The likely continued absence of Keinan Davis has left Forest looking reliant on Sam Surridge for goals and the January signing has managed eight in all competitions since the start of March.

He is 7/2 to score Forest’s first goal while penalty taker Brennan Johnson is the same price.

There are plenty of reasons to have faith in this Sheffield United team based on current form but not a lot of hope based on their play-off history.

It could be argued that a slice of good fortune is needed to win promotion through the play-offs given the fine margins which often decide them but the Blades are still waiting for their luck to change.

The South Yorkshire club have had eight attempts at winning promotion this way and have failed every time. They have managed to reach the final on four occasions but are yet to score in a play-off final.

The disappointment United fans have had to endure down the years is in contrast to the mood at Bramall Lane last Saturday when a 4-0 victory over champions Fulham secured another shot at the play-offs.

They have ended the season with three successive wins during which they have scored eight goals, which suggests they are capable of overcoming the absence of all their recognised strikers due to injury.

Both teams to score in the first leg is an option for Sheffield United v Nottingham Forest betting tips at evens and the best hope of a hero for the Blades is Iliman Ndiaye.

Before this season he had only played 11 minutes of first-team football and by the middle of April he had only managed three goals.

He is now leading the line due to the absence of the likes of Oli McBurnie, Rhian Brewster, David McGoldrick and Billy Sharp, and the Frenchman has scored four goals in his last five appearances.

Looking at the goalscorer odds, Ndiaye is 6/1 to open the scoring or 7/2 to find the net in a United win for the third successive home game.

With both teams relatively short of attacking options though, it may be worth considering some of the #YourCall options for Sheffield United v Nottingham Forest betting tips.