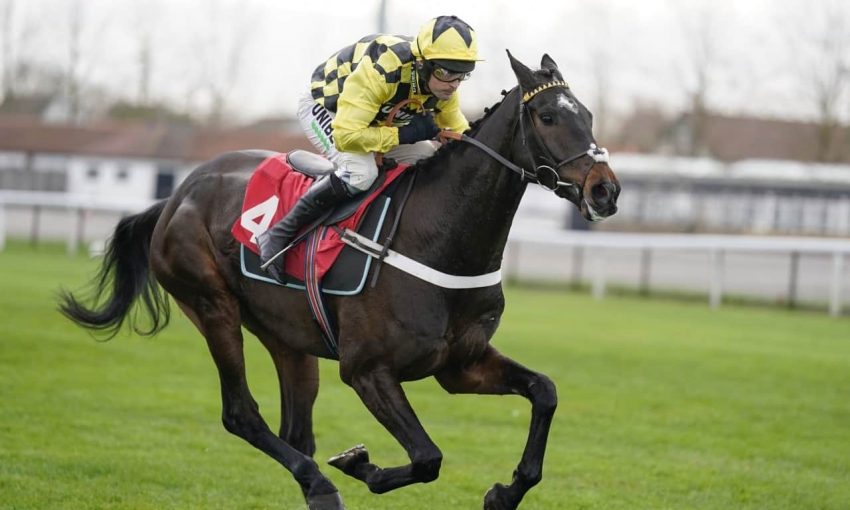 Shishkin and Energumene served up a race for the ages at Ascot in January and they are set to renew their rivalry in the Champion Chase, which headlines day two at the Cheltenham Festival.

The two eight-year-olds were both unbeaten over fences before their clash in the Clarence House Chase, but only a length separated them at the finish following two miles of breath-taking racing and the vanquished Energumene could provide Willie Mullins with a first victory in the two-mile championship race for the speedy chasers if able to deny Shishkin a third-straight Cheltenham Festival victory.

As expected, Paul Townend tried to take Shishkin out of his comfort zone by sending Energumene straight to the front and Willie Mullins’ charge stayed there all the way to the dying stages.

You were unable to take your eyes off the action as Shishkin attempted to stalk his rival throughout and there was drama at the sixth when Nico De Boinville had to gather the eight-year-old’s nose from the turf following a less than perfect jump.

Energumene led them into the home straight before a titanic battle ensued over the final two fences and the long run to the line.

De Boinville admitted he thought Shishkin was ‘cooked’ turning for home, but the two-time Cheltenham Festival winner turned on the afterburners in the home straight, wearing down his rival in the final 100 yards and coming out a length to the good at the winning post.

How GOOD is this horse?!

The only question left on our minds after this @sbk Performance of the Day… pic.twitter.com/e5qe4tPHCM

What is the Cheltenham betting?

In the immediate aftermath of Ascot Shishkin’s position as Champion Chase favourite intensified from 11/10 to 4/6 and he has shortened even more as the big race has got ever closer, currently heading the Cheltenham betting at 8/11 with Coral.

Energumene has been pretty friendless in the betting since and is 4/1 to land a telling blow at Prestbury Park, although it’ll be interesting to see if his big-punting owner, Brighton and Hove Albion’s Tony Bloom, gets involved on race day, which could see his odds plummet.

Shishkin and Energumene putting each other to the sword could invite each-way bets on some of the others in the Champion Chase line-up and with a dead eight for each-way punters, Nube Negra may be the one who appeals most of the alternatives at 8/1 in our Champion Chase odds.

What happens in the rematch?

Many would say that it will be repeat rather than revenge when the two clash again in the Champion Chase and there are arguments for and against each outcome. Here we look at the key talking points ahead of the pair meeting again in March.

Shishkin is unbeaten on the old course at Cheltenham and will be aiming for his third straight success at March’s showpiece event. He knows all about the hullabaloo of the opening day and being the centre of attention on day two won’t be a problem for the ultra-professional Seven Barrows inmate.

Shishkin’s jumping wasn’t at its most fluent at Ascot and he was down on his nose following a mistake at the sixth. If his jumping is as electric as it can be at Cheltenham, then it could spell trouble for Energumene.

Also, a return to going left-handed will nullify any tendency to go left at his obstacles.

The barest of margins

It is not all doom and gloom for Energumene as at the end of the day there was only one length between the pair at the finish. All it takes is one scruffy jump or a tactical error in running for that distance to be bridged when they clash again. The Clarence House was run over a distance just short of 2m1f, whereas the Champion Chase in March will be contested over an advertised 1m7f and 199 yards.

When you bear in mind that Shiskhin only took over in the shadow of the post at Ascot it is easy to think the shorter distance of the Champion Chase could play into the hands of Energumene.

That should give Energumene plenty of hope that he can get the rest of the field out of their comfort zone if putting the hammer down from flag fall and he knows he has the stamina reserves to sustain a hot pace throughout.

Following on nicely from our last point is the opportunity Townend has to take advantage of Shishkin’s notorious flat spot.

Like plenty of good horses before him, including Nicky Henderson’s Altior, Shishkin can often take some cajoling to hit top gear and is not one who will simply sit there cruising on the bridle waiting to go past his opposition.

Cheltenham is notoriously up and down country and the undulations could easily catch Shishkin out if his flat spot arrives at the wrong time.

If Energumene is able to make the most of the long run downhill following the third last then the bird could have flown by the time the race enters the closing stages.

In the interest of fairness, it is also paramount to point out that Shiskin’s flat spot has never cost him in the past.

He was niggled along throughout in the Supreme Novices’ Hurdle in 2020 and was all at sea when carried wide coming down the hill for the first time at Prestbury Park. But he was still good enough to get the better of Abacadabras, who had the perfect passage in the race.

Similar to the great Altior, Shishkin could probably excel over further if tried and there is no doubt his stamina is a crucial asset to his success. However, most importantly he has plenty of class and an awful lot of speed when it matters and he is sure to be travelling quickest of all in the final 100 yards of the race.