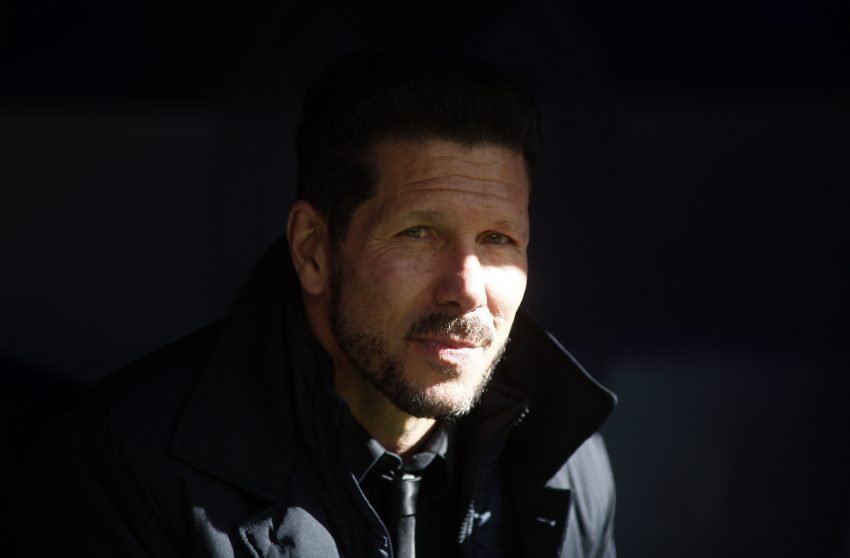 Atletico knocked out Manchester United in the round of 16 with a typically steely 1-0 win at Old Trafford after the scoreline was 1-1 from the first match.

Now, they face another trip to Manchester with a semi-final clash against either Chelsea or Real Madrid in the offing.

Atletico won La Liga last season and, after a difficult first half of the season, have roared back to form. They have won six consecutive games domestically and are aiming to finish second with Los Blancos looking likely for the title.

Simeone’s side and Pep Guardiola’s Manchester City play each other with both clubs still looking for their first-ever Champions League title (Outright – City 15/8F, Atletico 25/1).

City got close last season but fell at the final hurdle when they lost to Chelsea and when asked about pressure being on both clubs ahead of Tuesday’s first leg, Simeone alluded to their opponents’ defeat in Portugal last season.

“We all have pressure, I don’t know if pressure is the right word,” Simeone told reporters. “City and Bayern [Munich] are favourites for the Champions League because they have more possibility for their players but last year Chelsea won and not many expected. They got better and played a good tournament.”

Atletico will be without key centre-back Jose Gimenez at the Etihad later after he was forced off in the final few minutes of their win against Alaves at the weekend.