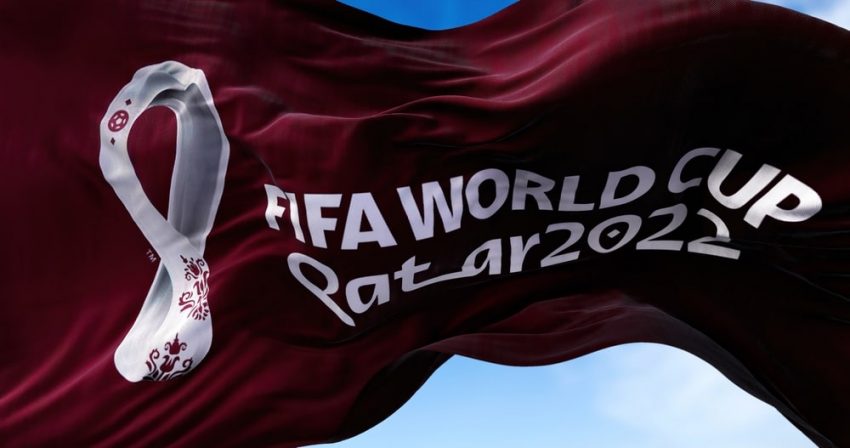 The World Cup is just around the corner, albeit in November as opposed to in its usual summer slot, and you can be sure that the best footballing talent will be strutting their stuff and grabbing the lion’s share of the spotlight.

However, the World Cup is always about more than just the major talents that are household names worldwide; every time the tournament comes to its crescendo, there are a host of young talents that invariably make their mark.

These bright young stars could well play a big part in deciding which nation is likely to go all the way to World Cup glory and, as such, can play a crucial role when it comes to your World Cup betting plans.

Here are half a dozen young talents who have to be on your radar for Qatar 2022.

This 19-year-old forward is already a relatively big name in Spain and has completed his third season in the Barcelona first-team set-up. The teenager broke into the Nou Camp side at the age of 16 and has a very promising future.

Xavi will look to make the most of the youngster’s talents, but his first-team opportunities may be limited. Firstly Barcelona brought in Pierre-Emerick Aubameyang to boost their attack, and speculation is rife that Robert Lewandowski is on his way from Bayern Munich, so the Catalan giants would do well to give Fati a chance to secure a regular starting berth.

Fati has four national team caps to his name, and he became the youngest player to score for Spain when he netted against Ukraine just shy of his 18th birthday. Spain national team coach Luis Enrique should certainly make the Barcelona man part of his World Cup squad and should consider letting him prove his worth at the highest level.

By all accounts, the 22-year-old winger is wanted by Erik ten Hag, and the Ajax wonderkid may be tempted by a chance to follow his former boss to Manchester United, and a move of this nature could aid his chances of having a more prominent role in the Brazil national team set-up in Qatar.

Anthony has won back-to-back Eredivisie titles since moving to Amsterdam and netted 23 goals in 79 appearances in all competitions. He impressed a great deal at the 2020 Olympics, where he played a big part in Brazil’s gold medal triumph.

He’ll have to fight off strong competition in order to start for Tite’s Brazil team at the World Cup finals, but if he does, you can be sure he’ll make an impact.

Jurgen Klopp saw Sadio Mane leave for Bayern Munich and may fear that Mohamed Salah is on his way out at Anfield also, but the German has made great moves to refresh his front-line, and the big-money signing of Uruguayan Darwin Nunez has already made the former Benfica man a player worth keeping an eye on.

The 23-year-old scored 34 goals in all competitions last season and could be Uruguay’s next big attacking hope. For too long now, the national team has been overly reliant on Luis Suarez and Edinson Cavani, whose combined age is now 70, and Nunez is very much part of the next generation.

Nunez made an immediate impact for the Uruguayan senior side, scoring five minutes into his debut against Peru, and he’s very much ready to step into the shoes of Suarez and Cavani in Qatar.

AC Milan clinched their first Serie A title in over a decade last season, and young attacker Rafael Leao played a massive part in helping make it happen. The former Sporting Lisbon and Lille man moved to the San Siro in 2019 and bedded in for his first two campaigns at the Italian giants.

Last season, however, his average displays turned into match-winning ones. His efforts led to him being named the Serie A MVP award for the season after bagging 11 goals and ten assists, and he will look to push on in the coming season.

Portugal have a squad full of creative attacking options, including the likes of Cristiano Ronaldo, Bruno Fernandez and Diogo Jota, so Leao is going to have his work cut out in order to secure a prominent role in Fernando Santos’s side but if he does so, expect him to impress in Qatar.

When Borussia Dortmund paid Championship side Birmingham City £25 for the then 17-year-old, it was a deal that turned many heads. No doubt some would have been dubious about such an investment into such a young talent, but it’s a deal that has certainly paid off both for the Bundesliga side and for Jude Bellingham himself.

Two great seasons in Germany have made Bellingham a much-wanted commodity, and there is talk of a possible bid from Liverpool for the England international. Bellingham has racked up 90 appearances for Dortmund in two seasons and is one of the first names on the team sheet at the Westfalenstadion.

England national team coach Gareth Southgate greatly values Bellingham and is likely to make him a regular starter for the World Cup finals, and the teenager is more than capable of impressing in Qatar.

On the subject of young talents with frightening potential, they don’t come much better and more accomplished than Barcelona midfielder Pedri. The youngster won’t even turn 20 before the World Cup finals kick-off, and he’s already considered one of the best in his position in world football.

The central midfielder made 52 appearances in his debut season in the Nou Camp first-team set-up but featured less often last time around, chiefly due to injury issues. Such is the expectation on Pedri’s shoulders that his latest contract includes a release clause of over £1 billion.

Pedri is already a regular in Luis Enrique’s national team squad and the calm, composed, and creative midfielder has the assured style of a player who is going to be a world-beater for some time to come.