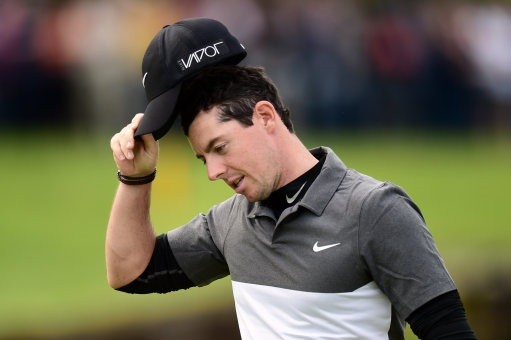 Australian Cameron Smith (16/1 The Masters Outright) showcased his skills on the putting green as his incredible final round of 64 helped him win The Open Championship, with Rory McIlroy (pictured) having to settle for third place.

Smith won the first major of his career at St Andrews, showing no signs of nerves in a scintillating finale, beating American Cameron Young by one shot.

The 28-year-old carded a bogey-free eight-under-par 64, including five consecutive birdies from the 10th hole. His record score of 20-under proved too much in the end, with McIlroy unable to hole a chip for eagle at the last, which would have forced a playoff.

McIlroy surrendered a four-shot overnight lead, alongside Norway’s Viktor Hovland, with the latter settling for a share of fourth alongside Tommy Fleetwood after a closing 74.

Dustin Johnson and Brian Harman shared sixth, while the top ten was completed by Bryson DeChambeau, Patrick Cantlay and Jordan Spieth, who finished on 12-under par in a share of eighth.

Smith’s incredible display of putting was the difference in the end, and he was emotional as he lifted the Claret Jug in front of the fans on the 18th.

He told reporters: “What a week – I’m going to fall apart here I know. I want to thank the team here for all their hard work, and this one makes it worth it.

“To the R&A – a fantastic week, to St Andrews Links and everyone involved – it was absolutely awesome out there. The course was exactly how an Open championship should be played.

“Lastly to you guys, the fans – I had a lot of support out there, especially the Aussie guys. You guys really kept me going out there. Seemed like that there was a lot of you guys, and you kept me plugging away.

McIlroy (12/1 The Masters Outright) will rue some of the missed opportunities he had on the back nine, but the Northern Irishman was quick to praise the winner.

He told NBC: “I did what I wanted to do. I played a really controlled round of golf. I didn’t take advantage of the holes I had been taking advantage of this week.

“Both Camerons, but especially Smith, went on a run on the back nine, I had to dig deep to make some birdies, and I just couldn’t.

“I got beaten by the better player this week. To shoot 64 to win an Open Championship at St Andrews is one hell of a showing, so hats off to Cam; he’s had an unbelievable week.”