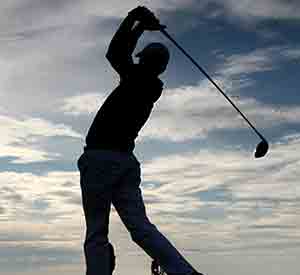 JJ Spaun (200/1 – Masters Outright) overcame a double-bogey start to win the Valero Texas Open by two shots on Sunday and grab the final place on offer at this week’s Masters, which gets under way on Thursday.

It was the 31-year-old’s maiden PGA Tour title but he was made to work for the spoils, as he also became the first player to win on the US circuit after starting his final round with a double-bogey since Tiger Woods at the 2008 US Open at Torrey Pines.

Spaun will be making his debut at The Masters this week and just his fourth appearance at a major in total, having finished T35 and T54 at the 2018 and 2019 US PGA Championship, before missing the cut at last year’s US Open.

While the American will be full of confidence after his Texas victory, there is another huge storyline ahead of Thursday’s opening round following the news that Woods could decide to play in the tournament.

The former world number one says he will make a “game-time” decision over whether he will play, in what would be his first major appearance since last February’s career-threatening car crash, and a press conference has been called for Tuesday.

Woods, who won the coveted Green Jacket for the fifth time in 2019, is priced at 50/1 to claim the spoils for a record-equalling sixth time, where he would join Jack Nicklaus on that mark.

A star-studded field will once again be battling for glory in Georgia and Jon Rahm is the 11/1 market leader heading into the major, with Justin Thomas  14/1 and Players Championship winner Cameron Smith 14/1.

World number one Scottie Scheffler, who has won three times in 2022 including at the WGC Match Play, is 16/1 to break his major duck.

Rory McIlroy, who goes in search of the elusive Masters title that would see him complete the Grand Slam, is 18/1 to triumph, while reigning Open champion Collin Morikawa is available at 20/1.