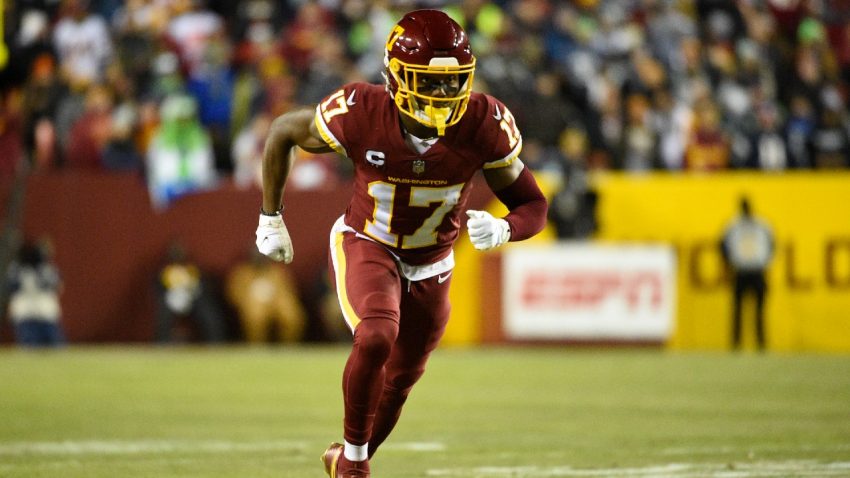 The Washington Commanders moved through the offseason without star wide receiver Terry McLaurin.

The Pro Bowl wideout had skipped the team’s three weeks of voluntary OTAs and the mandatory three-day minicamp. However, the Commanders have ended the dilemma by inking McLaurin to a three-year extension worth up to $71 million which makes him a top-five paid wide receiver in the league.

McLaurin’s deal includes a $28 million signing bonus, which is the highest in NFL history for a receiver. He also has 76.4% in guaranteed money in his new deal.

“While I am both humbled and ecstatic about this contract, it motivates me to work even harder,” he wrote on Twitter. “I understand and embrace the responsibility that comes with signing this extension. To whom much is given, much is required. There is no other place I would rather be on fan base I would want to represent.”

McLaurin’s deal run through the 2025 campaign. He has quickly emerged as one of the game’s top receivers behind his strong production. he has posted north of 1,000 receiving yards twice in his first three seasons.

He’s coming off recording 77 catches for 1,053 receiving yards and five touchdowns. It comes after he notched 87 receptions for 1,118 yards and four touchdowns in the 2020 season.

McLaurin is the Commanders’ primary offensive weapon that offseason addition Carson Wentz will heavily lean upon. Washington needs Wentz to step in to provide significant stability under center if the franchise hopes to make a serious push toward the playoffs.