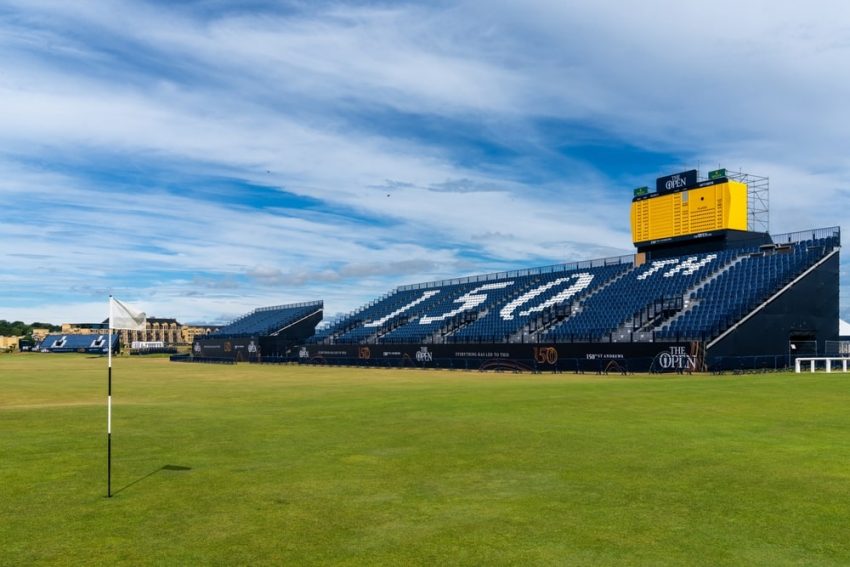 Golf fans, get ready, the first major of the 2022 season is nearly upon us, and it’s a very special one, to say the least. The British Open is always a key event in the golfing calendar and even more so when it takes place at the historic St Andrews golf course.

The 2022 British Open is the 150th running of the event’s rich history and promises to be a spectacular occasion. As well as being an event that will be watched by millions, both on the course and live on TV and via mobile devices, it’s also one that is gleefully followed by those who love to make their fair share of golf bets.

Once again, Rory McIlroy is seemingly the man to beat, with the Northern Irishman leading the betting odds with most bookmakers. Reigning champion Collin Morikawa is lower on the odds charts, with the American available at around 28/1, which may be worth a flutter.

No doubt a great amount of money will be backed on golfing living legend Tiger Woods who has battled back from injury issues, to take part. The 46-year-old made his debut at The Open back in 1995 at St Andrews and has won the tournament on three occasions (2000,2005, and 2006), and if you want to chase a potential lucrative payout, you can find odds of around 90/1 if that’s your cup of tea.

Woods is certainly looking forward to the event and realises the importance of this occasion;

“It feels more historic than it normally has, and it’s hard to believe that,”

“We are coming back to the home of golf. It is history every time we get a chance to play here, but there’s so much that’s going on this week. … It’s hard to believe it’s been 150 years we’ve played this tournament. It’s just incredible. The history behind it, the champions that have won here, it’s hard to believe it’s more historic, but it really is.”

The historical significance of The Open and especially the 150th running of the tournament, comes at a time when professional golf finds itself at something of a crossroads. A great deal of talk in recent weeks has surrounded the Saudi Arabian-led LIV series of tournaments, and the way in which this has impacted the overall pro tour will no doubt be a subject of consternation and angry discussion for weeks and months to come.

Nonetheless, that sideshow can’t blunt the importance of the British Open, and it’s an event that is keenly watched by golfing fanatics as well as those who may have less of an interest in the sport as a whole but simply can’t get enough of this particular major.

The British Open starts on Thursday, July 14th, with the first players teeing off from 6:30 am and will play through four rounds culminating in the finale coming to a head on the afternoon of Sunday, July 17th.

In the UK you can follow all the action on the BBC and Sky Sports. With highlights programmes being broadcast on the BBC every day and you can listen via BBC Radio 5 Live and watch live on Sky Sports from the first tee to the final putt.

As with many other flagship sporting events, namely those that attract a massive audience both within the sport and just casual bettors, the number of betting markets to enjoy at The Open is pretty huge.

As well as the basic outright bets you might want to place on a specific player; there are other markets to consider.

For instance, you might want to back certain players to secure a top ten finish or make a wager on the highest finishing player of a specific nationality. Other popular bets include betting on the leader at the end of each round or who will come out top of the three balls (in other words, each trio that goes out, i.e. is part of the same group).

Some bookmakers offer fun additional specials; these might relate to an individual player’s overall finish, whether they’ll make the cut or even what round they’ll shoot.

Finally, be sure to make the most of live in-play options during the British Open as golf is a very exciting sport to cover as it’s being played. The options available are immense and ever-changing. Be sure to select the best bookmakers, as these will use the smoothest interface, which will greatly affect your enjoyment of this form of betting.