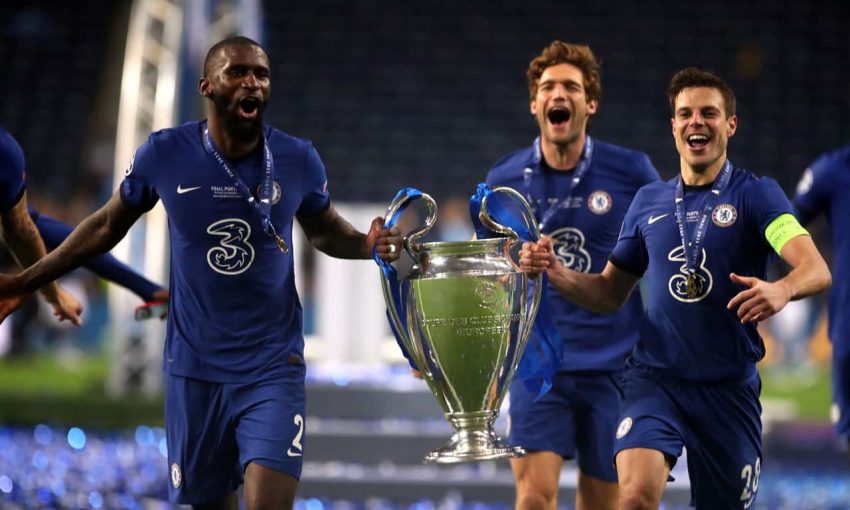 A new Champions League format has been approved after years of debate about the best way forward for the competition.

Here we look at some of the detail of the planned changes.

What has been agreed?

The biggest changes to the Champions League format in a generation, starting from the 2024-25 season.

A 36-team league phase will replace the current 32-team group phase. Each team will play eight matches instead of the current six. They will play four home and four away, against eight different opponents under a seeded ‘Swiss system’.

The top eight in the league go straight to the last 16 knockout round as it is now – with the next 16 teams in the table entering a new play-off round for the remaining eight spots. In all, it means an increase in matches from 125 to 189.

If there are four extra qualifying places, who do these go to?

Two of them will go to clubs who have not qualified by the conventional route, but are the next-best finishers in the countries with the two best collective coefficient scores from the previous season.

This score is calculated by awarding points for the performance of a country’s clubs in European competition. In four out of the last five seasons, this would have meant England gaining an extra place.

UEFA had previously proposed that these two places would be awarded based on an individual club’s coefficient score, based on performance over five seasons. This met with the approval of the European Club Association but was fiercely opposed by Europe’s domestic leagues and by fans’ groups, who said domestic performance alone should determine qualification and that it created a further safety net for the continent’s heavyweight clubs.

It also created the possibility of big teams leapfrogging smaller teams who had finished above them into the top competition.

The third extra place in the new format goes to the team finishing third in the country ranked fifth in the UEFA country coefficient table – currently that is France.

The fourth place would go to an additional domestic league winner via the champions qualification path.

UEFA president Aleksander Ceferin (pictured below) believes that it promotes open competition and that it ensures qualification is based on sporting merit.

However, the current coefficient system awards bonus points for group stage qualification, which means countries with the most automatic qualifying berths – like England and Spain – are at an advantage from the outset in the race for the extra places.

UEFA argues it is a balanced system, and points to the fact that under this system, Holland would hypothetically secure the second coefficient place in next season’s competition, based on this year’s European performance across all three continental tournaments. What else is new?

The possibility – however unlikely – of some countries having seven qualifiers in the new league phase of the Champions League in a single season.

England could have the top four finishers in the Premier League, a coefficient place and have the winners of the previous season’s Champions League and Europa League, if these were seven different clubs.

Also, clashes between teams from the same country could happen earlier than they do in the current Champions League format – at the new play-off round instead of at the quarter-final stage.

Are two-leg semi-finals going to be dropped?

This had been reported, amid suggestions UEFA could opt for a ‘week of football’ in a single city after seeing the success of playing the last eight in a single venue in 2019-20, which was enforced by Covid.

However, UEFA is not planning to press ahead with this.

What reaction has there been to the new Champions League format?

The Premier League believes its two major concerns – the increase from six to 10 games and the historic coefficient places – have been addressed by the proposals, and that it reserves weekends for domestic football.

It will now look at the detail of the proposals to ensure there is a complementary balance between European and domestic football in the calendar, with UEFA competitions set to be played in January for the first time under the new model.

UEFA today confirmed that the #UCL will be expanding into a new format from 2024 but the worst of the proposals – including the idea of leapfrogging based on historical performance – have been dropped after supporter lobbying: https://t.co/Ce2QfbRXF1

The ECA has welcomed the agreement and says it delivers on a number of key objectives.

The Football Supporters’ Association tweeted to say it was relieved that the coefficient proposal had been dropped after fan lobbying.

Why has UEFA done this?

More matches means more money ultimately. Revenue in the 2024-27 cycle had been projected to increase by almost 40 per cent compared to 2021-24.

Where will this extra money go?

That is the next battleground. The domestic leagues and fan groups want solidarity payments to increase to avoid the gap between the richest and the poorest growing, while the top clubs believe their commercial pulling power should afford them a greater share.