Over the past decade, playing casino games online has come a long way and become increasingly popular. Now, there is no need to travel to a land-based casino to play against real-life dealers and croupiers as you can do it from your own home using your PC, smartetphone or tablet. One reason why playing casino games online has become so popular is because of the development of live casino games and specifically, the various live game shows that are now available to play at several online casinos.

Below, we have listed some of the most popular live casino games that are currently available and look at how to play them along with the potential payouts.

Deal or No Deal Live 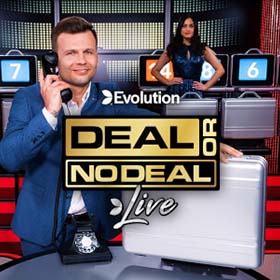 Although not on TV anymore, it’s likely that you’ve heard of or seen the television show Deal or No Deal where contestants pick one numbered box which contains a cash value and are offered a cash amount throughout the game which they can either accept or continue until the end where they will receive the amount that their box contains. Deal or No Deal Live works in a similar way online and is played with a real-life game show host.

Players first need to qualify for the round by spinning the lock and matching up the three segments. Once they have qualified, they have a set amount of time to load cash into each of the 16 boxes after which, the game will begin. The host, along with his assistant, then reveals boxes that are eliminated from the game. There are four rounds in each game and the player will be offered a cash amount from the banker during each round. They can accept the offer to choose to see the game to the end where they will receive the cash amount contained in their box. 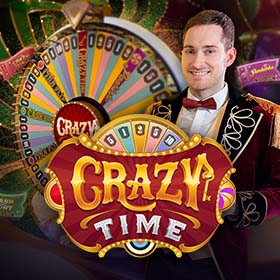 Crazy Time is one of several popular live game shows by Evolution Gaming and is available to play at various online casinos such as Betzest casino. It features a spinning wheel with 54 segments and players place bets on what segment the wheel will land on. Within each segment, there are four numbers (1, 2, 5 & 10) and four bonus rounds (Coin Flip, Pachinko, Cash Hunt & Crazy Time). If a player bets on a number and the wheel lands on that segment, their winnings will be their stake multiplied by that number. If they bet on a bonus round and the segment matches that bonus, the bonus round will begin with the potential of huge returns.

During each spin, there is also the possibility of additional multipliers to be added to specific segments. When this happens and the wheel lands on that segment, all wins are multiplied and there is the potential for huge wins. 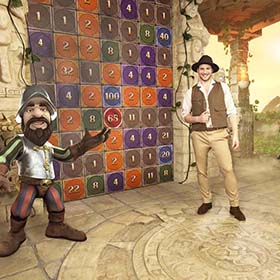 This live game show was only launched in 2021 but has already proven to be extremely popular with players. It is another game by Evolution Gaming but in collaboration with NetEnt who developed the original Gonzo’s Quest slot game. There is the possibility to win up to 20,000x on this game which is its main appeal.

Players are required to place their bets on one or more of six symbols, each of which has a multiplier of between 1x and 65x. They then select which of the 70 tiles they would like from the wall. Next, there is a Prize Drop which adds multipliers to random tiles and the wall. Finally, the tiles are flipped over and if your tiles reveal the symbols you have bet on, you will receive that multiplier based on your stake.