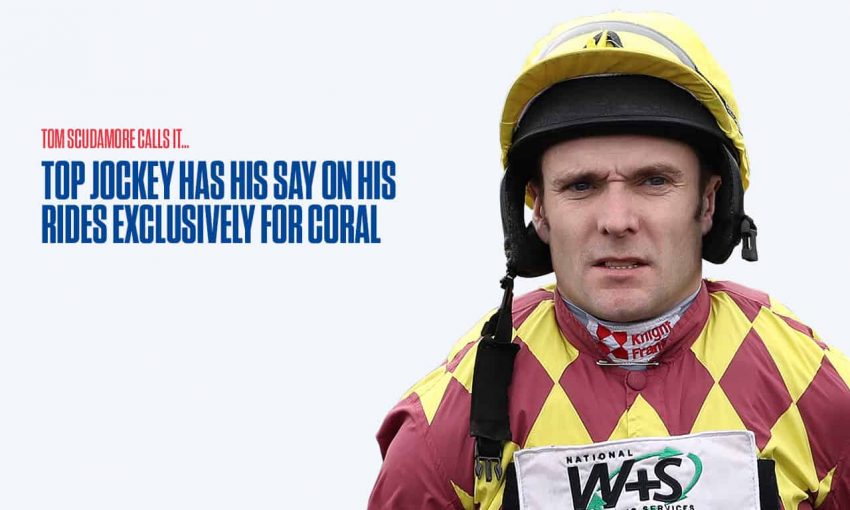 Tom Scudamore gives us the lowdown on the Cheltenham Festival

Coral ambassador Tom Scudamore came close to getting on the scoresheet on day one of the Cheltenham Festival and as well as looking back at that near miss, he previews his rides on day three and four of the Prestbury Park showpiece event.

He also provides us with his pick for the headline attraction on Friday, the Cheltenham Gold Cup.

Gericault Roque ran a cracking race on day one in the Ultima Handicap Chase. He is a very exciting horse going forward. It was a shame we got caught so late on, but hopefully we will have some good days with this chaser in the future. Remastered will have a big chance if he gets into the Pertemps Network Final.

He is currently the first reserve and with rain falling all the time, the ground will really suit him.

It is going to be squeaky bum time while we wait to hear if we make the final field, but if we are fortunate to get in, I would be really confident on board this horse. He has started his career well, but this is a big step up in class for him. The one thing we have on our side is that he is unexposed.

We have snuck in at the bottom of the weights, and I am hoping we can run a big race. It is obviously a very competitive contest, so we will need some luck along the way.

He has a lot to find on his rivals. This horse won his opening two races as a juvenile but he has tailed off since then. This is going to be a tough task for him.

I really like the chances of Galvin, especially if the rain falls. This horse won the National Hunt Chase last season so there are no doubts about his stamina. If I had a choice of anything, I’d want to be on him.

I think it’s going to be tough for A Plus Tard and Al Boum Photo, as not many are beaten in this race and then come back to win it. History tells you that.

Galvin’s form has been rock-solid this season and I’d be delighted for his connections if he did prevail.