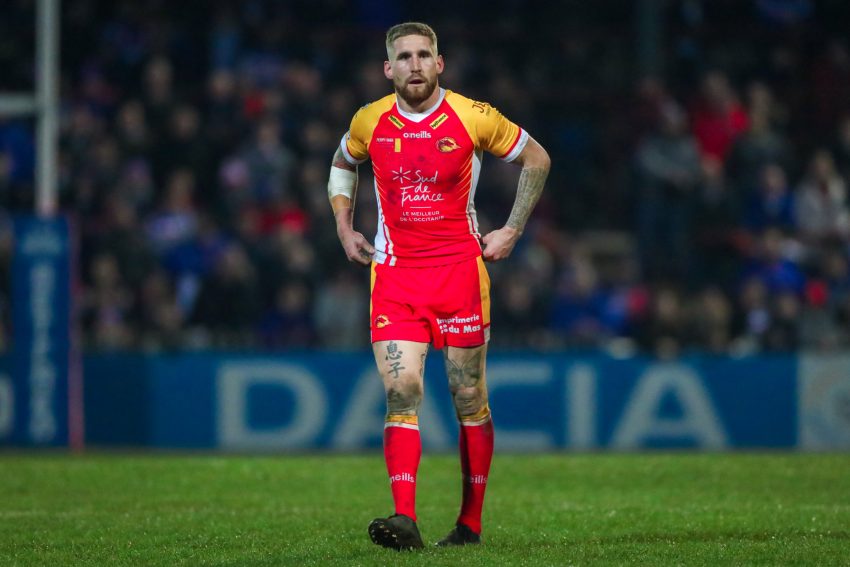 Catalans Dragons full-back Sam Tomkins says his team need to get back on track when they face St Helens in one of three Betfred Super League matches on Saturday (Catalans 5/4, Draw 20/1, St Helens 8/11 – Match Result).

Tomkins and co feel they owe their fans a performance after last weekend’s golden-point defeat against Castleford Tigers.

The Dragons have fallen to fourth in the table after recent defeats to the Tigers and Huddersfield Giants, and Tomkins says nobody within the squad needs reminding how much they need to improve against Kristian Woolf’s troops at 17:00.

He told the Daily Mirror: “It was really frustrating. We gave ourselves a blueprint on how to lose a game. We really undersold ourselves. We did a hell of a lot wrong and set ourselves up for that finish. We’ve had a few performances that have dipped, and every now and again, you accept a bad game, but that one was really below par.

“We’re playing the best team, and we know to win, we have to be at our very best. That’s what we’re going to do. It’s made it a little more difficult with missing a few guys, but that’s par for the course at this stage of the season. No one has a fully fit squad.”

Even though Saints are without Will Hopoate, they welcome back Sione Mata’utia and James Bell. Catalans quartet Arthur Mourgue, Tom Davies, Mike McMeeken and Jordan Dezaria are all absent, but Dean Whare returns after a 14-week injury lay-off.

Further suspensions mean Zane Tetevano, Harry Newman and Bodene Thompson will all miss the trip down the M62, while Hull FC boss Brett Hodgson has selection woes of his own. Mitieli Vulikijapani is suspended, while Adam Swift, Luke Gale and Manu Ma’u all remain in the physio room.

The French outfit remain bottom of the league table, but they will feel they can gut the gap to Wakefield Trinity as Mitch Garbutt, Romain Navarette and Justin Sangare return.

Hull KR duo Ryan Hall and George King will play no part in Saturday’s battle as the Robins try to bounce back from last week’s 38-10 defeat to Huddersfield Giants.