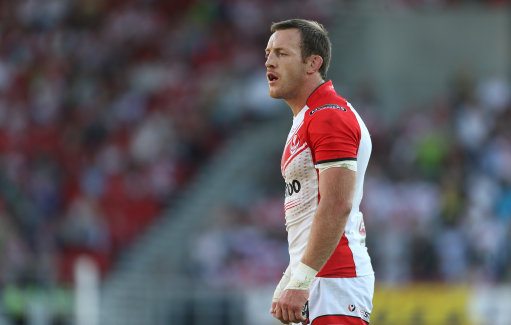 England captain Sam Tomkins is confident that St Helens hooker James Roby will come out of retirement to feature in this year’s Rugby League World Cup (England 6/1 – to win outright).

Roby confirmed in 2021 that he would focus on the final year of his St Helens contract, but the 36-year-old is still playing at the top of his game.

The St Helens (11/10 to win the Grand Final – outright) legend has made over 500 appearances for Saints and has played a huge role for Kristian Woolf’s side as they try to become the first side to win four consecutive Grand Finals in the Betfred Super League.

Saints’ advantage is currently four points, but it will not be long before Shaun Wane picks his squad for the tournament on home soil.

England assistant coach Paul Wellens has already revealed that Roby is still on their radar, and Catalans Dragons ace Tomkins believes the lure will prove too much.

He told Love Rugby League: “I think Shaun is ringing him twice a day asking if he’s available.

“Personally, I think if he is fit, he will play. I just think the temptation will be too big.

“I only say that from how I would be. If I was getting picked to play in a World Cup, it wouldn’t matter how I was feeling or what stage I was at in my career; if I was retiring or not, I would be playing.”